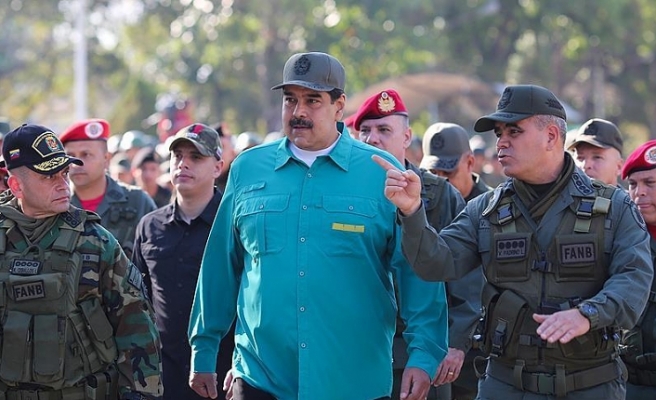 Venezuelan president on Sunday called on the country's military to stay in "unity and discipline" against the "imperialist coup attempt."

Security forces have become increasingly loyal to Venezuela and its constitution despite several attempts to divide the army, Nicolas Maduro told soldiers during his visit to the 41st Armored Brigade in Carabobo state.

Venezuela is preparing for the most important military mobilization in the history of the country, he said.

He stressed that the country will keep all weapons systems, military power, operational capability, military-civil unity and militia forces ready so that "no one can touch our holy sky."

Venezuela has been rocked by protests since Jan. 10 when President Nicolas Maduro was sworn in for a second term following a vote boycott by the opposition.

Russia and China both opposed the U.S. call to support Guaido, and condemned any international interference in the affairs of Venezuela. Turkey and Iran have also put their weight behind Maduro.