The Black Muslim movement in America should analyze the multiple dimensions of Malcolm X’s perfect struggle in regard to racial discrimination and the results of that struggle. It will show us the way forward given that it serves as an example about one of the most significant figures in modern history who rebelled against the established political and societal system. 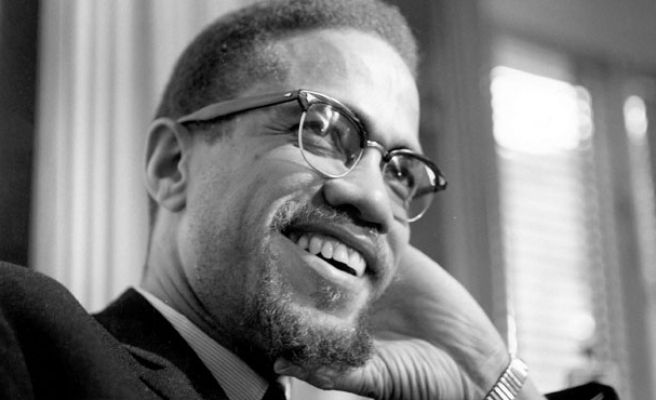 Today marks the 50th year of Malcolm X’s martyrdom. He was murdered on Feb. 21, 1965 at the highpoint of his struggle and at a time when he had comprehended the universal truth of Islam and had started voicing his discourse of the fraternity of Islam as a solution to the racism/discrimination between whites and blacks.

There are ever-increasing things to say about what the martyrdom of Malik el-Shabazz represents half a century after his martyrdom. He was the man who brought down the curtain of the fantasy world of the American dream. He stripped the veneer off the American political system and societal structure through his brave words, stance and struggle.

What image did America present before Malcolm X stripped it of its veneer? First and foremost in its declaration of independence, issued even before the French Revolution, it was the first state to mention that “all men are created equal and are endowed with certain unalienable rights that include liberty and the pursuit of happiness.” The Americans are praised for being the first state in the modern period to state these principles in their declaration of independence.

It was Malcolm X’s martyrdom that ripped this false image to shreds!

Yes, America’s founding fathers stated that all men were created equal and free but this principle only applied to whites. The war that broke out between the North and South over the abolishing of slavery only took place toward the end of the 19th century. Even this wouldn’t change the truth that whites were more equal than blacks. It would take a long struggle for black-white discrimination to officially end.

Malcolm X’s struggle succeeded in ending racial discrimination but less than half a century later religion-based discrimination has made a much stronger return.

The Black Muslim movement in America should analyze the multiple dimensions of Malcolm X’s perfect struggle in regard to racial discrimination and the results of that struggle. It will show us the way forward given that it serves as an example about one of the most significant figures in modern history who rebelled against the established political and societal system. In order to understand the man who carried this torch; his social activities and his character, which nourished the struggle he fronted, needs to be understood.

In the early part of his life he rescued himself from the grips of criminal gangs and waged a false Islamic campaign – an understanding of religion that was layered in black racism – against white racism, while always opposing injustice. He is an example of total bravery and sacrifice, and of someone who never shied away from defending what he believed to be true. He was a militant campaigner. He never shied away from opposing injustice, whatever the price. During every stage of his life he was a truth hunter and his attributes of being a fighter, campaign leader and dedication to the task were always in the forefront. He adopted all methods and did whatever needed to be done in his search for the truth.

The greatest example that shows he was a complete campaign leader was his unhesitant submission to the truth. He is a rare example of a campaign leader in the modern era through his action of instantly submitting to the truth upon realizing the error of the struggle he had devoted his entire life to, and his sincerity when faced with the truth.

As a truth hunter, Malcolm X’s complete submission to the truth represents the essence of sincerity. The most concrete expression of the conviction that Allah will direct one toward the truth if there is sincerity despite a Muslim’s lack of complete knowledge, or being misdirected due to social or cultural reasons can be seen when his life, its various stages, and the transformations he underwent are taken into consideration.

Today we face a greater need to understand Malcolm X as a pioneer and trailblazer by studying his life, his sincerity, his struggle and his stance regarding the truth.

Let us honor his memory at a time when the world most needs a human who won’t compromise when it comes to the truth and who will sincerely submit to the truth wherever he finds it.