Chancellor Angela Merkel's spokesman Steffen Seibert said that it was too early to say whether the Minsk peace deal had failed or not. 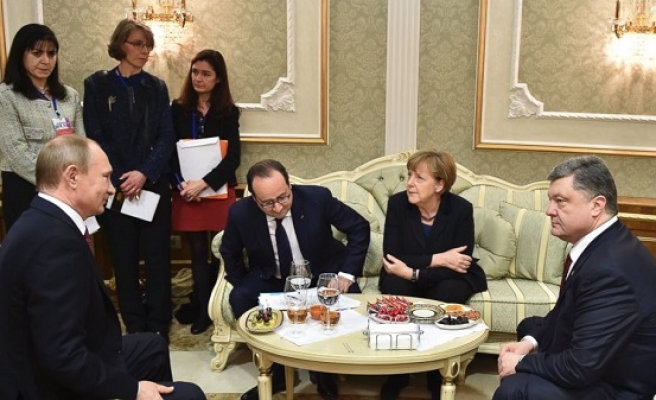 Germany condemned on Wednesday a military offensive by pro-Russian separatists to capture the strategic east Ukrainian town of Debaltseve, calling it a clear violation of a ceasefire agreed last week, but said it was too early to call the broader Minsk peace deal dead.

At a regular government news conference, Chancellor Angela Merkel's spokesman Steffen Seibert said Europe stood ready to introduce new sanctions against Russia, but made clear that this would depend on further developments on the ground in Ukraine.

"There has been a massive violation of the ceasefire which took effect on Sunday," Seibert said, noting however that it was too early to say whether the Minsk peace deal had failed or not.

"The hopes linked to the Minsk agreement have been seriously damaged, we must push for the implementation of the package of measures. We see the U.N. resolution as an impulse in this direction and in the coming days we will work with the possibilities that we have," Seibert said.