Two French reporters were expelled for violating rules by working without permission. 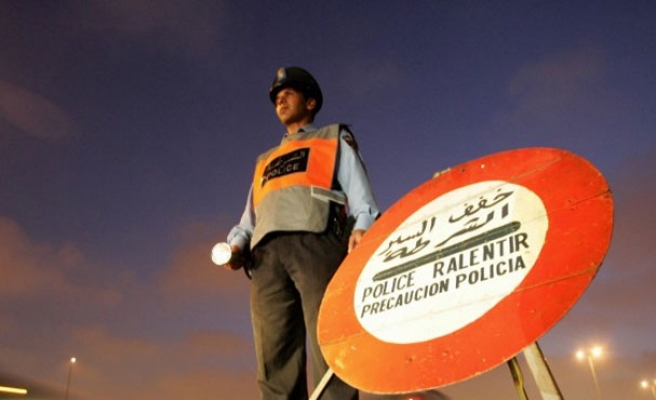 Moroccan authorities have expelled two French reporters they said were working without permission, a move criticised by freedom of speech campaigners as part of a pattern of making it tough for journalists to work.

The two reporters, working for Premieres Lignes Agency, were arrested on Sunday as they carried out interviews at the offices of the Moroccan Association of Human Rights (AMDH), the most influential rights group in the North African kingdom.

"Around 20 police officers stormed our bureau and took the two reporters to their hotel where they searched their rooms," Youssef Raissouni a member of AMDH said.

Premieres Lignes, a private agency working for French public television channel France 3, said it had requested permission for the journalists to operate.

"We have sent our request weeks ago, but we have not received any response for it, so our reporters decided to go there without it," Benoit Bringer, editor in chief of Premieres Lignes said by telephone.

The Communication Ministry said it had not delivered any authorisation for French television, nor it had received a request for any.

The Interior Ministry said the reporters did not cooperate, forcing the authorities to expel them and seize their cameras.

"When Rabat authorities were informed of the suspicious and illegal movements of the two reporters, violating current rules on press reports, they tried to engage many times in a dialogue," the Interior Ministry statement said.

Freedom Now, an organisation founded by Moroccan reporters and activists but not recognised by the government, said it was relatively common for such requests not to be acknowledged.

"The government ignores requests to put reporters in a tough situation. If you decide to work without it, you are violating the rules. When you wait for it, no one knows if you will get it" Maati Monjib, president Freedom Now, which monitors freedom of the press, said.

Premieres Lignes' Bringer said the two reporters were on their way back to Paris on Monday.

Morocco has faced years of criticism from rights groups over what they say are restrictions on free speech and the media.

Last month, authorities besieged a hotel where a team from French television channel France 24 was filming a debate and seized their recordings for few hours before releasing the footage.

Moroccan television is tightly controlled by the state. Text journalists enjoy more freedom, but run the risk of being imprisoned for critical writing.

A Moroccan news editor is facing terrorism charges for posting a link to an al Qaeda video on his website.

Morocco denies such cases violate press freedom, saying it is a judicial matter if laws are broken.