NATO may burst in anti-ISIL ops

'We can confirm there has been a request for concrete support from NATO to the anti-ISIL effort in the form of NATO AWACS surveillance planes,' a NATO official says 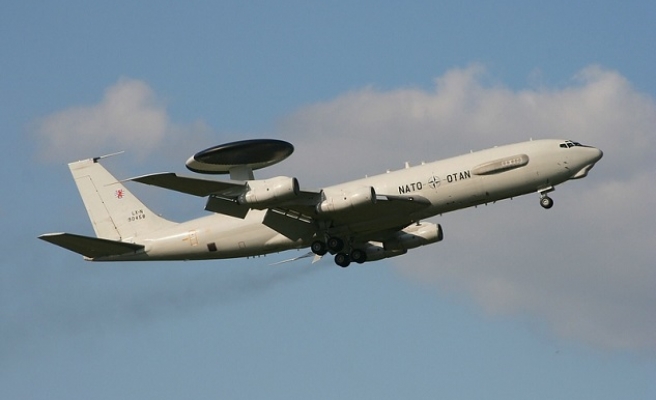 NATO member states are discussing a request to use the alliance's AWACS air surveillance aircraft in the battle against the ISIL group, an official said Friday.

Any AWACS commitment would mark a departure for the alliance which up to now has had no direct role in combatting ISIL but is increasingly concerned by the threat it poses on its southern flank.

"We can confirm there has been a request for concrete support from NATO to the anti-ISIL effort in the form of NATO AWACS surveillance planes," a NATO official said.

"This request is under discussion by allies," the official said.

"Any decision would be in line with the Wales summit declaration which indicates NATO’s readiness to support the bilateral efforts of allies," the official said, referring to a 2014 meeting of alliance leaders.

Diplomatic sources said the request came from the United States which leads an anti-ISIL coalition of more than 60 countries, including  most of NATO's 28 member states.

NATO declined to comment on the source of the request.

US officials at NATO were not immediately available to comment.

NATO has few military assets of its own, providing the umbrella command structure for the 28 allies, but in the 1980s they agreed to establish an AWACS (Airborne Warning and Control System) unit to counter the then Soviet threat.

The AWACS unit comprises more than 20 planes capable of monitoring activity, principally in the air but also on the ground, within a radius of some 400 kilometres (260 miles) to warn of threats and coordinate a response.