No peace or development without human rights: UN 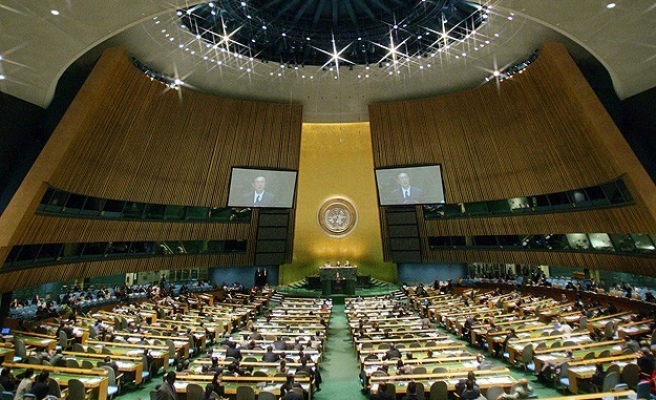 Speaking at a meeting on the 20th anniversary of the World Conference on Human Rights, "If one of these pillars is weak, the whole structure is weak," Eliasson said.

Twenty years after the World Conference on Human Rights, in which countries agreed to boost efforts to protect and promote human rights, an international framework is now in place and a significant progress has been made in protecting human rights, but implementation in many countries is still lacking, United Nations official said.

Also delivering a speech at the conference, High Commissioner for Human Rights Navi Pillay said, "In almost every area from development to conflict, we see evidence that UN action on human rights is falling short."

Pillay pointed to the political obstacles as one of the major reasons for weak implementation.

"Member states are responsible for implementing human rights. The UN's success or failure to promote and protect human rights hinges above all on the political commitment of member states," she said.

The meeting held on Wednesday is part of a series of programs being held this year to mark the 20th anniversary of the World Conference on Human Rights, held in the Austrian capital Vienna in1993 for the first time. The Conference resulted in the Vienna Declaration and Program of Action, which marked the beginning of a renewed efforts in the protection and promotion of human rights. It was also at the conference that member states agreed to create the post of the UN High Commissioner for Human Rights.

Unfortunately, the principles of ‘human rights’ have yet to be translated into reality for most of the world’s 7 billion people. Without enforcement, a ‘right’ is just a word.Please see my article, 'The photo that alerted the world'http://jondanzig.blogspot.co.uk/2013/09/the-photo-that-alerted-world.htmlShort URL: goo.gl/hKckmz