'NATO continues to be the lynchpin, the cornerstone of our collective defense and US security policy,' Obama says 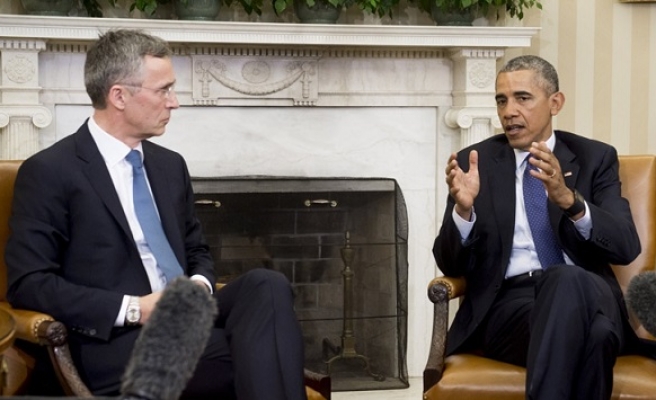 NATO will continue to be a valuable guarantor of global security, U.S. President Barack Obama and the alliance’s chief declared Monday.

“This is obviously a tumultuous time in the world,” Obama said after an Oval Office meeting with NATO Secretary General Jens Stoltenberg 67 years after the alliance’s creation.

“NATO continues to be the lynchpin, the cornerstone of our collective defense and U.S. security policy,” he added.

Stoltenberg, who has helmed the alliance since 2014, maintained that NATO “is as important as ever, because NATO has been able to adapt to a more dangerous world.”

The comments follow deadly bombings in Brussels, the Belgian capital.

A bomb detonated just 7.5 kilometers (4 miles) from the organization’s headquarters in a nearby metro station. It was preceded by a series of bombings at the Brussels airport roughly an hour prior. In total, 32 victims were killed, and hundreds of others were injured.

“Terrorism affects us all, from Brussels to San Bernardino and all NATO allies contribute to the U.S.-led efforts to degrade and destroy ISIL,” Stoltenberg said -- the extremist group that claimed responsibility for the attacks.

Neither Obama nor Stoltenberg directly addressed comments from Republican presidential front-runner Donald Trump who has deriding NATO’s worth, but their comments are seemingly at odds with the billionaire who called the alliance "obsolete."

During their meeting, the president and secretary general discussed NATO efforts to train local forces in Jordan and Iraq, an ongoing migrant crisis and Afghanistan, Obama said.

In Afghanistan, the alliance has been “an extraordinary partner with the United States” as they seek to build a local security force to defeat the Taliban and bolster the central government, Obama said.

NATO’s involvement in the Afghan conflict is the first and only time that a member has invoked the collective defense requirement in the organization’s charter known as Article 5.

Stoltenberg said that the country continues to be “high on our agenda,” noting that it is NATO’s “biggest military operation ever.”

“It shows the importance of unity in North America and Europe, because our military operation in Afghanistan is a direct response to the terrorist attack against the United States on 9/11,” he said.