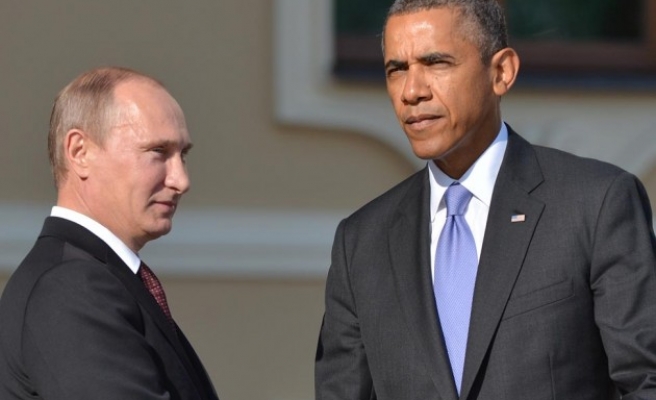 President Barack Obama and Russian President Vladimir Putin spoke Monday via telephone shortly after Moscow announced it would begin a withdrawal of some of it forces from Syria.

“They discussed President Putin’s announcement today of a partial withdrawal of Russian forces from Syria and next steps required to fully implement the cessation of hostilities with the goal of advancing the political negotiations on resolution of the conflict.” the White House said in a statement.

Obama expressed his pleasure about a reduction in violence in the country since the truce but emphasized that offensives by Syrian government forces imperils not only the deal but also a political process led by the UN.

While acknowledging some progress on aid efforts, Obama urged the Syrian government to allow “unimpeded access for humanitarian assistance delivery to the agreed-upon locations, notably Daraya” that has been besieged.

While Putin’s announcement to pullout Russian forces surprised many, the Kremlin said Moscow’s military intervention in Syria that was launched in late September had achieved its goal, without giving specifics.

A leading American senator believes that with the pullout, Putin will now focus his attention on Ukraine, noting that “a bloody spring is coming to Ukraine again”.

Sen. John McCain said Russia has achieved its goal of changing the dynamics on the ground to prop up the government of Bashar al-Assad.

“The announcement that Russia will begin withdrawing some military forces from Syria signals Vladimir Putin’s belief that he has bombed and killed enough of the opponents of the murderous Assad regime to ensure its survival,” he said.

McCain predicts that the Syrian conflict will continue, ISIL will gain strength and refugees will keep flowing out of the country.