Obama, Putin to meet at UN, Ukraine on agenda 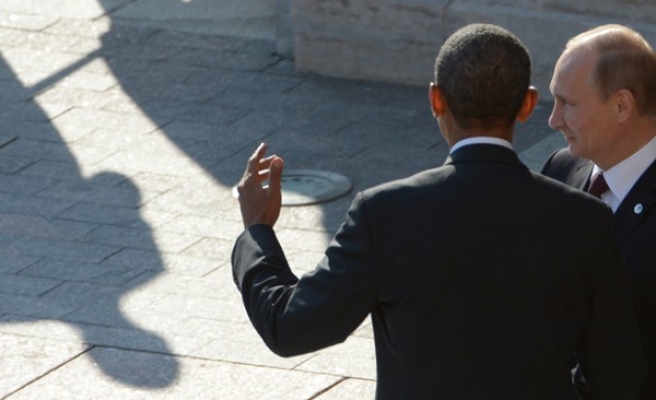 The meeting comes at Putin’s request, and while the exact date has yet to be finalized, officials are hoping to have the matter resolved by the end of Thursday, according to White House spokesman Josh Earnest.

“It is clear that he's [Putin’s] interested in the attention of the leader of the United States of America and, given the lengthy list of concerns that we have about Russia's conduct in a couple of these international hot spots, a face-to-face sitdown team is appropriate at this juncture.”

Ukraine will be at the top of Obama's agenda, Earnest said, and “President Obama will once again use this occasion to reinforce to President Putin the importance of Russia keeping the commitments that they've made in the context of the Minsk agreements.”

In addition to Russia’s ongoing support for separatists in eastern Ukraine and annexation of Crimea, Obama “will make clear once again that Russia doubling down on their support for the Assad regime is a losing bet. The likely consequence of them doing so it only to deepen and expand the ongoing crisis in that country.”

There has been a significant increase in Russia’s support for its ally, Syrian President Bashar al-Assad, with Moscow deploying heavy artillery, fighter/bomber aircraft and helicopters to an airbase near the coastal Syrian city of Latakia.

Still, Washington is seeking Russia’s inclusion in a coalition of more than 60 nations committed to fighting Daesh. Obama will “encourage President Putin to consider constructive contributions to the ongoing counter-ISIL effort” during their meeting, Earnest said.

Obama last spoke with Putin in July when the two leaders discussed the conclusion of the nuclear accord with Iran.