Over 4,500 displaced in Myanmar’s Rakhine state 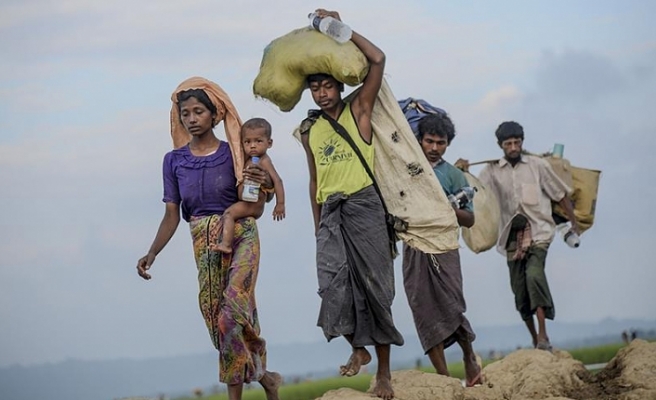 Over 4,500 villagers have been displaced by the most recent flareup in fighting between Myanmar’s military and the Arakan Army in Rakhine state, the UN said Tuesday.

Haq said troop movements and clashes have continued over recent days following attacks by the insurgent group on police posts in Buthidaung Township on Jan. 4.

The UN's Office for the Coordination of Humanitarian Affairs led a Dec. 29-31 mission into the villages of Taung Min Kalar and Kan Sauk in Kyauktaw township and Auk Thin Pone Tan and Hpar Kywe Wa in Ponnagyun township, which were then hosting 1,600 internally displaced persons.

Fighting renewed in Rakhine state in early December between government forces and the rebel Arakan Army, which wants greater autonomy for Rakhine, where the mainly Buddhist Rakhine ethnic group makes up the majority. The Arakan Army does not cite religion as a factor in its insurgency.