Hundreds of prisoners, mainly fishermen, are awaiting their release in both countries’ jails 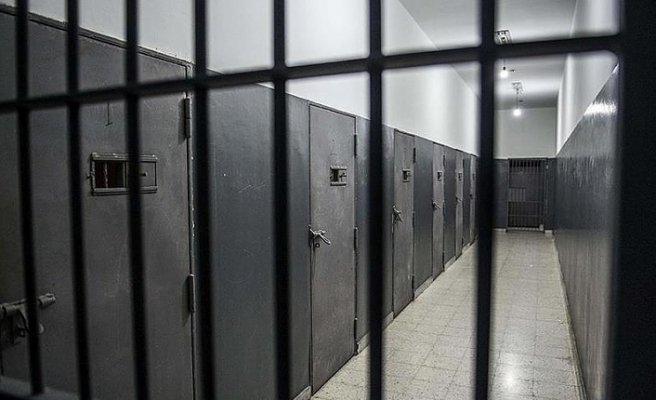 Already locked in a string of land and sea disputes, longtime rivals Pakistan and India are all set for another showdown in the International Court of Justice (ICJ) in a case involving an alleged Indian spy.

Kulbhushan Jadhav, who had been arrested in March last year in Mashkel, a town a few miles from the Iranian border, was sentenced to death by a military court on spying charges in April 2017.

But no date was set for his execution.

The ICJ halted the sentence after New Delhi challenged the verdict in May last year. Now the ICJ -- the principal judicial organ of the United Nations -- will hear the case from Feb. 18 to 21 next year, according to a statement.

Jadhav, who the court heard was a serving officer in the Indian Navy, had been allegedly involved in carrying out espionage and sabotage in Pakistan’s commercial capital Karachi and Balochistan province.

According to the military, he was using the Muslim name Hussein Mubarak Patel.

Weeks after Jadhav’s arrest, New Delhi denied any ties to him and described him as a retired naval officer.

India had warned if the sentence against its citizen Jadhav was carried out, it would be regarded as “a case of premeditated murder.”

Longstanding strained relations between the two neighbors keep prisoners in jail for longer periods, and in some cases, even after they serve their sentences.

So much so, many of them have been killed or died during the custody.

Just a few weeks later, an alleged Pakistani militant, Sanaullah Haq was beaten to death by a fellow prisoner in a Jammu and Kashmir jail.

Fishermen from both sides have long been paying the price for fraught relations between the two neighbors.

Both countries often arrest fishermen for violating each other's seawaters due to poorly marked water boundaries and ill-equipped boats that lack the technology to specify exact locations.

Under the 2008 Agreement on Consular Access, both the countries exchange list of prisoners on every Jan. 1 and July 1.

As of today, 418 Indian fishermen and 53 civilians, whereas 249 Pakistani nationals and 108 fishermen are currently languishing in each other’s jails, according to the lists shared by the two countries in July this year.

India and Pakistan have recently agreed to revive a joint judicial committee on prisoners comprising four members -- retired judges from the higher judiciary -- from each country.

India has nominated its four members, whereas Pakistan has yet to nominate its members.

The committee, set up in January 2008, used to meet twice in a year -- once in India and once in Pakistan -- until Oct. 2013. Since then, no meeting is held following escalating diplomatic tensions between the two sides.

Jatin Desai, former secretary general of Pakistan-India Peoples Forum for Peace and Democracy, a group of peace activists from both countries, reckon the prisoners’ issue needs to be seen from the humanist rather than the political perspective.

“As far as fishermen are concerned it is absolutely a human issue as they venture into the sea only for their livelihood,” Desai told Anadolu Agency.

“They should not become pawns in the hands of both the countries. I am for the No Arrest Policy (NAP) for the fishermen,” he maintained.

Instead of arresting them, he went on to say, they could be compelled to go back to their respective countries’ waters.

Also, he added, both the countries should think of a free fishing zone for the traditional fishermen.

Unfortunately, Desai observed, there was no time limit to confirm a prisoner’s nationality. “In the absence of time limit, in some cases, prisoners have to languish in other country even after completion of his/her sentence,” he said.

“The maximum punishment (in both India and Pakistan) for entering a foreign country without visa is one year. But the legal process is so lengthy and cumbersome that by the time a prisoner (fisherman) is presented before the court, he has already spent two or more years in jail,” Zahid told Anadolu Agency.

The two governments, he thought, should pass a law binding the judiciary to decide illegal entry related issues within six months.

Another issue, he pointed out, was the seizure of fishermen’s boats, which were never returned.

“The prices of fishing boats vary from one million to 10 million rupees [$7,180-$71,800]. The fishermen are captured along with their boats. But when they are released, they have to go back without boats, which are either sold out in connivance with the authorities or rot in the sea,” he said.

“At the end, a fisherman returns to his home empty-handed and has to restart from zero,” Zahid maintained.

He said the relatives of the prisoners should be allowed to at least talk to their loved ones by phone.

“The two governments can set up a hotline for this purpose or allow Skype call or something similar so the families can be assured that their members are healthy and in a proper frame of mind”, he added.