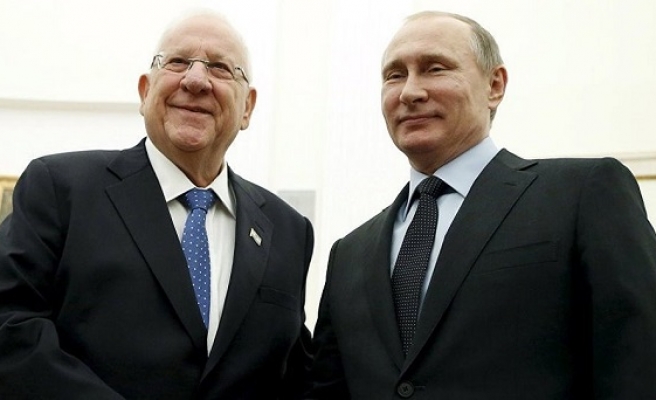 At a meeting with Putin, Rivlin asked that Russia work to restore a United Nations peacekeeping force as part of any long-term resolution of the war in Syria, Israeli officials said.

UN peacekeepers currently monitor the Israeli-Syrian frontier on the Golan Heights. Rivlin also stressed to Putin that Israel will not allow Iran or Hezbollah guerrillas to get "entrenched" on the Golan.

Israel views Hezbollah, which has been fighting on the side of the Syrian regime in the war, as its most potent enemy. It also worries about Iranian-backed guerrillas who hold sway in southern Lebanon.

While Israel is officially neutral on the Syrian war, it has carried out occasional air strikes in Syria to foil suspected Hezbollah arms transfers. An Iranian general and two senior Hezbollah fighters have been killed in strikes attributed to Israel.