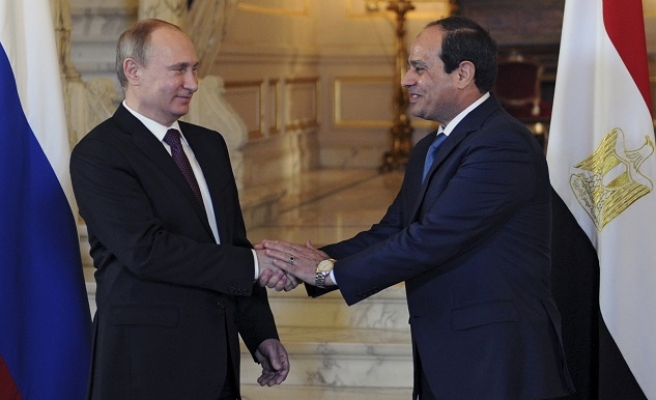 Putin and Sisi "highlighted in a phone conversation that the fight against terrorists should continue not only in Syria but also in Libya and Yemen," the Kremlin said in a statement.

Furthermore, Putin informed Sisi of the situation with the Syrian ceasefire.

"The Russian president informed extensively his Egyptian counterpart on ongoing efforts within the framework of implementation of the Joint Statement of Russia and the United States as co-chairs of the International Support Group for Syria on cessation of hostilities in this country since February 27," the statement said.

"It was agreed that Russia and Egypt will continue close cooperation in the framework of the International Support Group on Syria," the statement noted.

"[The sides] noted the importance of creating all necessary conditions for resumption of Russian aircraft flying to Egypt and tourist exchanges," the statement said.

On October 31, a Russia-operated Airbus A321 crashed en route from the Egyptian resort of Sharm el-Sheikh to St. Petersburg. All 224 people on board the plane were killed in a terrorist attack. Soon after the catastrophe, Russia suspended all passenger flights to and from Egypt, citing security concerns.