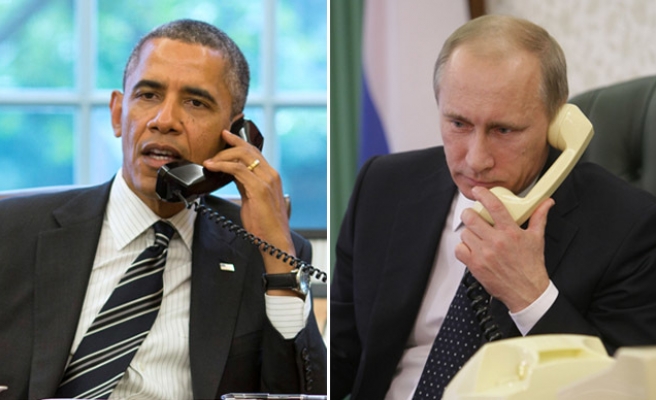 Putin took the call from Obama and both sides "gave a positive evaluation" of the results of talks in Munich last week, according to a Kremlin statement, which called the exchange "frank and business-like".

The Russian leader reiterated that a united anti-terrorist coalition was needed in Syria, where Moscow has led an aerial campaign to support the regime's ground operation since September.

The leaders "agreed to activate cooperation via diplomatic agencies and other structures with the goal of implementing the declaration reached in Munich" on Friday, the statement said.

Moscow this week warned against any ground intervention in Syria, as Ankara mulls a ground assault with Saudi troops while shelling positions of the Syrian regime and Kurds, whom Moscow supports.

In an interview to Euronews on Sunday, Russian Prime Minister Dmitry Medvedev said that Syrian President Bashar al-Assad is the only legitimate force in the country and his ousting would result in "chaos."

"You can like that or not, but he’s the president in power," he said, according to remarks dubbed into English.

"If we pull him out from this structure, there will be chaos -– like we’ve seen more than once in many Middle Eastern countries.”