Putin thanks Turkey for advocating political solution in Syria

Putin thanked Turkey, England and France who favored military option in Syria, for their agreement on the political solution Russia offered. 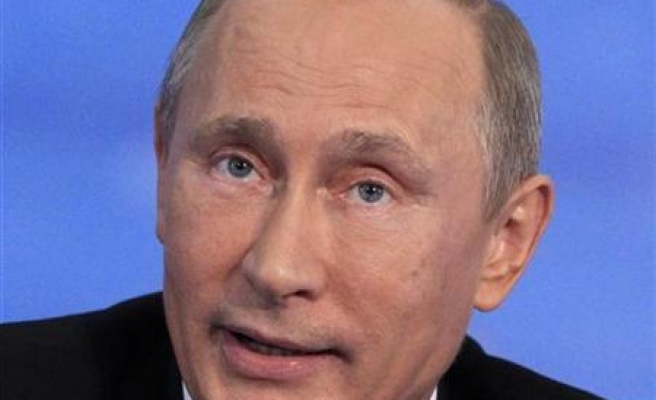 Speaking at the forum titled "Russia Calls", Putin said that he is pleased with Turkey, France and England agreeing on solving the Syrian crisis in peaceful, political way.

Putin also said that not only Russia but also all other countries have thier contribution in the solution plan put forward at the moment.