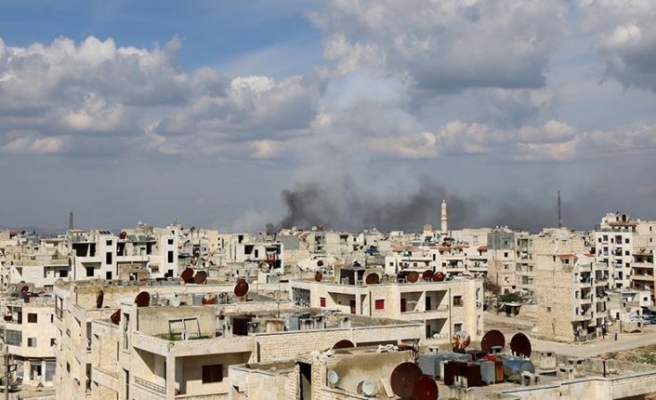 The deal between the National Liberation Front (NLF), an umbrella of anti-regime opposition organizations in Idlib, and the Hayat Tahrir al-Sham group aims to secure a ceasefire throughout Idlib province, the sources, who spoke to Anadolu Agency anonymously due to restrictions on talking to media, said.

The deal reportedly calls on both groups to remove all trenches and barricades in the area and exchange prisoners.

Since Dec. 30, the Nour al-Din al-Zenki movement -- a component of the NLF -- and Hayat Tahrir al-Sham have been clashing intermittently across Idlib and in Hama’s rural countryside.

Following a meeting last September in the Russian city of Sochi between Turkish President Recep Tayyip Erdogan and Russian counterpart Vladimir Putin, the two sides agreed to set up a demilitarized zone -- in which acts of aggression are prohibited -- in Idlib.

According to the terms of the deal, opposition groups in Idlib must remain in areas in which they are already present, while Russia and Turkey would conduct joint patrols in the area with a view to preventing a resumption of fighting.

Last October, the Turkish Defense Ministry reported that the Syrian opposition and other anti-regime groups had fully withdrawn all heavy weaponry from the demilitarized zone.

Syria has only just begun to emerge from a devastating conflict that began in 2011 when the Assad regime cracked down on demonstrators with unexpected severity.