China supported Russia's initiative while only a minority of the nations on the International Atomic Energy Agency (IAEA) board - 17 out of 35 - voted against. 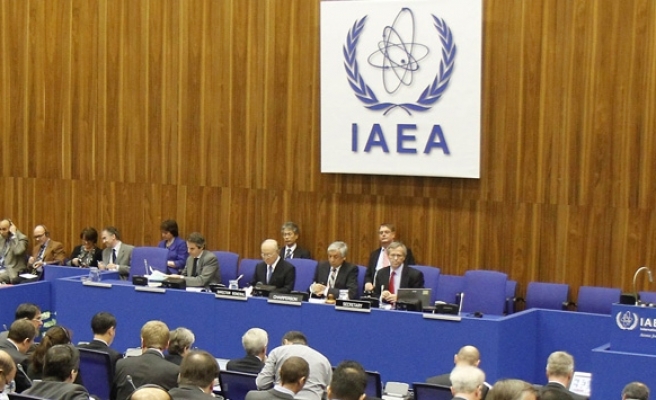 Western states defeated a Russian proposal on Friday to remove Syria's alleged past nuclear activities from the agenda of meetings of the U.N. atomic agency, diplomats said.

But in a vote that highlighted how polarising the global political debate has become, China supported Russia's initiative while only a minority of the nations on the International Atomic Energy Agency (IAEA) board - 17 out of 35 - voted against.

Western diplomats argued that Damascus should be kept under pressure to cooperate with the IAEA's long-stalled inquiry, even though this has hardly advanced in the last three years as the country descended into bloodshed.

Russia, a veto-wielding permanent member of the U.N. Security Council, has given Syrian President Bashar al-Assad crucial backing during the civil war, which has killed more than 200,000 people.

Venezuela also voted with Russia while most other countries abstained. One representative was absent from the vote, a diplomat said.

The Syrian case has been on the agenda of the IAEA board's quarterly meetings over the last six years, and Washington believes it should remain in "focus of the agency," U.S. envoy Laura Kennedy told reporters ahead of the vote.

The IAEA has long sought to visit a Syrian desert site where U.S. intelligence reports say a North Korean-designed reactor was being constructed to make plutonium for nuclear bombs, before Israel bombed it in 2007.

Syria has said the eastern site at Deir al-Zor was a conventional military base but the IAEA concluded in 2011 it was "very likely" to have been a reactor that should have been declared to anti-proliferation inspectors.

IAEA inspectors examined Deir al-Zor in mid-2008 but Syrian authorities have barred them access since. In February last year, opposition sources in eastern Syria said rebels had captured the destroyed site near the Euphrates River.

The IAEA has also been requesting information about three other sites that may have been linked to Deir al-Zor.

IAEA Director General Yukiya Amano said on Monday the agency remained "unable to provide any assessment concerning the nature, or operational status" of those locations.

"I urge Syria to cooperate fully with the agency in connection with all unresolved issues," he told the board.

Diplomats said Russia had circulated a proposed decision by the board -- whose members also include Britain and France -- asking Amano not to include the issue in the agenda of future meetings, without elaborating.

In 2011, Russia and China also voted against a proposal by the same body to report the issue of Syria's alleged covert atomic work to the U.N. Security Council.