The unprecedented strike was initially reported by the Syrian Democratic Forces, an alliance of Kurdish and Arab fighters supported by Washington. 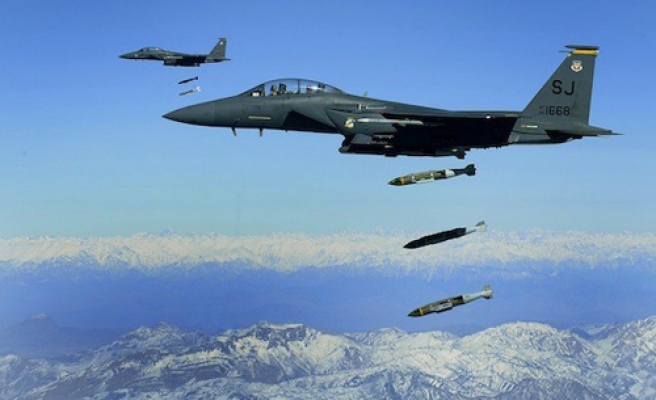 The SDF accused Russian warplanes of bombing its fighters for the first time in the complex war, though Russia's military spokesman denied targeting the group.

"This is not possible. Why would we bomb them?" military spokesman Igor Konashenkov told AFP at Hmeimim, Moscow's main base for its air operations in Syria in support of President Bashar al-Assad's government.

A statement later by the coalition dismissed the Russian denial.

"Russian munitions impacted a location known to the Russians to contain Syrian Democratic Forces and coalition advisers. Several SDF fighters were wounded and received medical care as a result of the strike," the coalition statement said.

No coalition troops were wounded in the early morning strike east of the Euphrates River near Syria's oil-rich province of Deir Ezzor, the coalition added.

The SDF and Russian-backed Syrian government forces are conducting parallel but separate offensives against IS in Deir Ezzor.

Regime troops are engaged in an offensive against the provincial capital, Deir Ezzor city, while SDF fighters are battling the extremists further east across the Euphrates.

The SDF earlier said six of its fighters were wounded in Russian and regime bombing of an industrial area northeast of the city, about seven kilometres (four miles) from the east bank of the Euphrates.

"At 3:30 am (0030 GMT) on September 16, 2017, our forces east of the Euphrates River were targeted by Russian and Syrian regime warplanes in the Al-Sinaaiya area," the SDF said.

The Britain-based Syrian Observatory for Human Rights said Syrian forces had taken the village of Al-Jafra, to the southeast of Deir Ezzor, allowing it to block the IS forces in the city on three sides.

"The only escape left for the extremists in the city is to cross the Euphrates river" towards the east, said Rami Abdel Rahman, the observatory's head.

"Russian and Syrian airplanes are targeting anyone who crosses the river," he said.