The United States threatened four days ago to use its Security Council veto against a Palestinian move for membership. 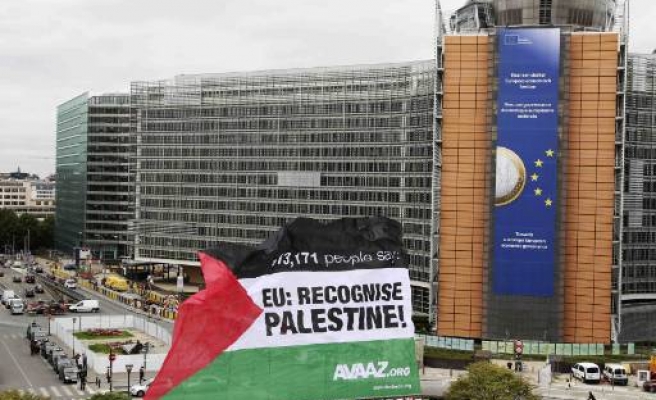 Saudi Arabia's former top U.S. diplomat pressed the United States to support a Palestinian bid to upgrade its U.N. status, saying that its longtime ally would risk losing the little credibility it has in the Arab world if it failed to do so.

Palestinians demand recognition as a non-member state or at least full membership when the U.N. General Assembly convenes next week.

The United States threatened four days ago to use its Security Council veto against a Palestinian move for membership.

"With most of the Arab world in upheaval, the 'special relationship' between Saudi Arabia and the United States would increasingly be seen as toxic by the vast majority of Arabs and Muslims, who demand justice for the Palestinian people," Prince Turki al-Faisal, former chief of Saudi Arabia's intelligence services and former Saudi ambassador to the United States, wrote in an opinion piece in Monday's New York Times.

"American support for Palestinian statehood is therefore crucial, and a veto will have profound negative consequences," he wrote.

"In addition to causing substantial damage to American-Saudi relations and provoking uproar among Muslims worldwide, the United States would further undermine its relations with the Muslim world, empower Iran and threaten regional stability.

"Let us hope that the United States chooses the path of justice and peace."

Prince Turki said Saudi Arabia would be forced to adopt "a far more independent and assertive foreign policy", threatening that it could break with U.S. policy on Iraq, Afghanistan and Yemen.

In the event of a U.S. veto, Prince Turki, nephew of Saudi Arabia's king, warned "Saudi Arabia would no longer be able to cooperate with America in the same way it historically has".

"The Palestinian people deserve statehood and all that it entails: official recognition, endorsement by international organizations, the ability to deal with Israel on more equal footing and the opportunity to live in peace and security," the prince wrote, adding that the administration of U.S. President Barack Obama was "preoccupied with a deteriorating domestic economy and a paralysed political scene".

"Today, there is a chance for the United States and Saudi Arabia to contain Iran and prevent it from destabilizing the region," Prince Turki said. "But this opportunity will be squandered if the Obama administration's actions at the United Nations force a deepening split between our two countries."