Abbott had pledged ahead of his election in 2013 that up to 12 submarines would be built at ASC in South Australia state, before beginning to back-pedal last year, signalling that cost and timely delivery were paramount. 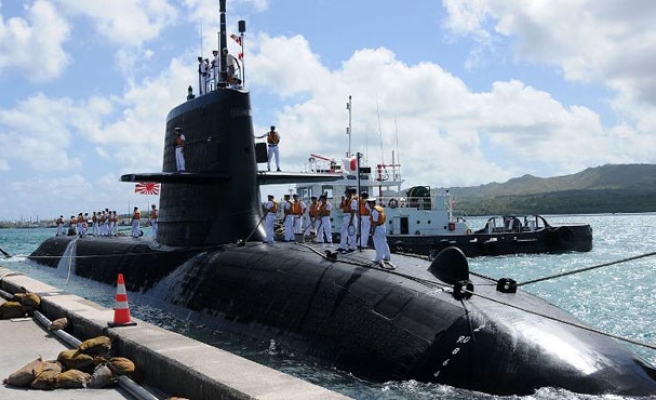 Officials in Australia and Japan on Monday expressed scepticism and confusion over a pledge by Prime Minister Tony Abbott to give an Australian state-owned shipbuilder the option to tender for a major submarine contract, heightening the uncertainty around the project.

But Abbott on Sunday promised shipbuilder ASC Ltd the option to bid for the next-generation submarines, worth as much as A$40 billion ($31 billion), in an attempt to shore up support ahead of a challenge to his leadership from within the ruling Liberal Party. He survived the revolt during a vote earlier on Monday.

Abbott had pledged ahead of his election in 2013 that up to 12 submarines would be built at ASC in South Australia state, before beginning to back-pedal last year, signalling that cost and timely delivery were paramount.

His government ruled out an open tender in December, appearing to put Japan in the box seat.

"If the prime minister was genuine about the subs being built in Australia he could have, should have, announced that there would be a competitive process culminating with a build right here in Australia," he told the Australian Broadcasting Corporation (ABC).

For Japan, such a deal would mark its re-entry into the global arms market after Prime Minister Shinzo Abe ended a ban on weapons exports last year.

"Nothing short of adhering to the promise that was made to South Australians prior to the federal election ... will do," he told the ABC.

A Japanese government source involved in the submarine talks said Japan "doesn't know what Abbott meant" by his weekend promise.

If Australia issued a formal tender, it was highly unlikely Japan would take part because of political sensitivities.

"If we are asked that's not a problem, but we can't really be seen to be going out and actively pursuing a deal," the source told Reuters, echoing comments Japanese sources have previously made about taking part in an open tender.

Abbott on Monday denied there were any "secret deals" for Japan to build the hull or major parts of the submarines, but that a "competitive evaluation process" would likely include foreign partners.