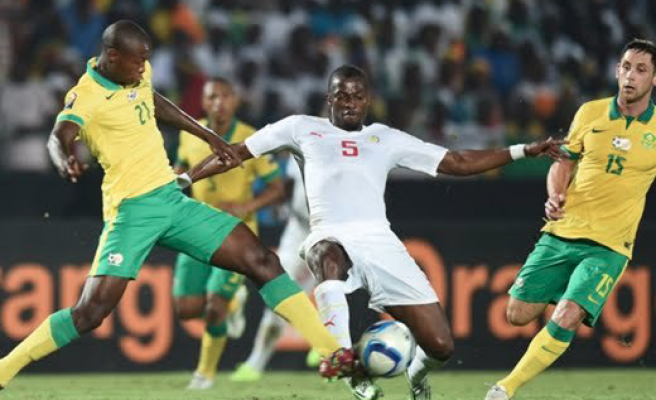 Dakar is in a jubilant mood after their Teranga Lions defeated Bafana Bafana in South Africa to qualify for the Russia 2018 World Cup.

The Teranga Lions thrashed Bafana Banana Friday night two goals to zero to book their ticket for the world cup, the first since 2002.

President Macky Sall sent a congratulatory message to the Teranga Lions in a state house release.

“Warm congratulations go to the Senegalese team which qualified Friday in the final phase of the 2018 Russia World Cup by beating South Africa.

On this happy occasion, I would like to extend my warm congratulations to you and the entire team. Fifteen years after the football world cup in Japan and Korea, you have achieved a historic performance by qualifying our country for the next edition of this prestigious world sports event.

The whole nation has vibrated to the rhythm of your brilliant performance, we are so proud of you and we will continue to support you to Russia” he assured the team.

Senegalese forward Diafra Sakho opened the score line for the Lions in the 12th minute. South African defender Mkize scored against his side in the 38th minute after Liverpool Sadio Mane hit a close pass making the scores two to zero.

Meanwhile, the streets of Dakar are filled with celebrations and dance after the match. Residents are chanting praises for the Teranga Lions.

The Lions and Bafana Bafana will meet again in Dakar on Tuesday for the return leg and a historic welcome has been planned ahead of their arrival.