Israel is accused of conspiring with rebel groups to destabilize the country, which is in a state of crisis 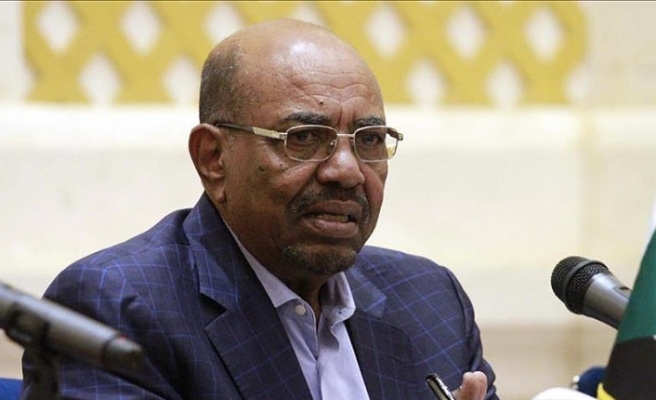 Sudanese President Omar al-Bashir said Thursday he has been advised to normalize relations with Israel in order to improve the situation in his country.

Without mentioning who gave the advice, however, Bashir said he believes that "sustenance is in the hands of God".

Speaking during a gathering with Sufi leaders at a guest house in the capital, he also commented on the violence during the protests taking place in Sudan.

"We do not kill people to take revenge. We came to give them a safe environment, an honorable and prosperous life."

Noting that the government's goal and the state's duty is to protect people and their property, Bashir lamented that citizens' property and state institutions have been set on fire and security centers have been attacked in demonstrations which erupted due to the country’s economic crisis.

Addressing the Sudanese Trade Union Federation in Khartoum on Thursday, Bashir blamed Western countries headed by the U.S. for causing the crisis.

He also promised to resolve the crisis.

Protests began in Sudan on Dec. 19 in 14 of the country’s 18 states, including the capital Khartoum, due to mounting public frustration over rampant inflation and acute shortages of basic commodities.

Some protesters have gone as far as calling for Bashir’s resignation.

The authorities say that at least 19 people have been killed in the demonstrations.

Opposition groups have put the death toll at closer to 40.

The authorities have imposed a state of emergency in several parts of the country, while some government officials have accused Israel of conspiring with rebel groups to destabilize the country.

A nation of 40 million, Sudan has struggled to recover from the loss of three quarters of its oil output -- its main source of foreign currency -- when South Sudan seceded in 2011.