Whether Turkey and US views on safe zone are overlapping will be seen during upcoming talks, says Turkish foreign minister 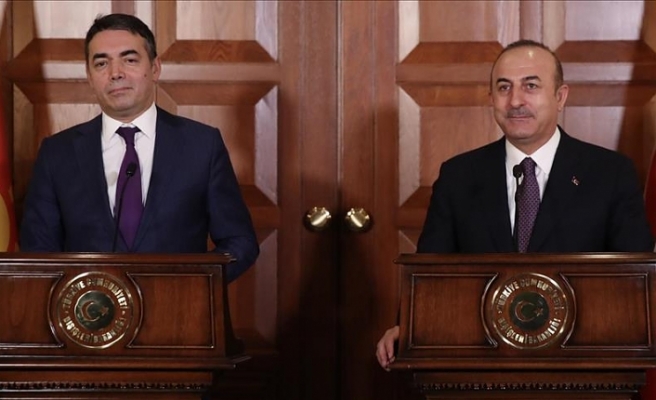 Turkey’s foreign minister on Thursday said a proposed safe zone in northern Syria is important both for the country's stability and displaced Syrians' return home.

It should emerge at upcoming talks whether Turkish and U.S. views are overlapping or not about the ideas of a Syrian safe zone, something first brought up by Turkish President Recep Tayyip Erdogan at the beginning of the Syria crisis, Mevlut Cavusoglu told a joint press conference with his Macedonian counterpart Nikola Dimitrov.

"The first talk about that was held between our Chief of General Staff Yasar Guler and [his U.S. counterpart] Joseph Dunford in Brussels," Cavusoglu said.

"A safe zone in northern Syria is important for stability, the return home of Syrians including our Kurdish brothers, and the fight against terrorism," he added.

The safe zone issue was first brought to the global stage when Erdogan visited the U.S. nearly six years ago, in May 2013.

Erdogan proposed a three-stage plan that included a no-fly zone, a safe zone for civilians, and launching a joint land operation along with coalition forces.

A safe zone could enable all internally displaced Syrians to gather as well as civilians taking refuge in Turkey to return and settle.

Trump made the decision during a phone call with Erdogan, in which the two leaders agreed on the need for more effective coordination over the civil war-torn country.

In a Monday phone call, Erdogan and Trump discussed the idea of establishing a terror-free safe zone in northern Syria.