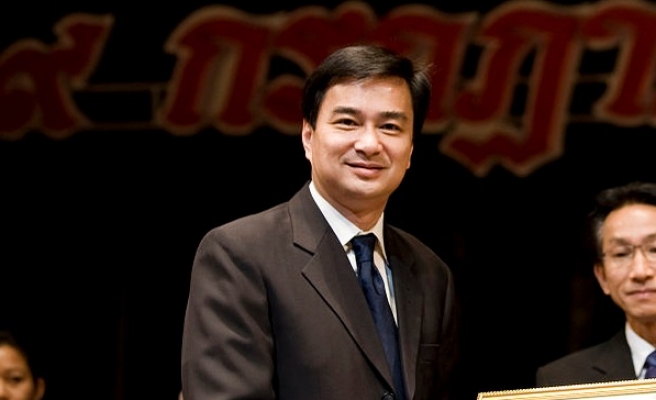 Human rights watch has announced its disappointment at a Bangkok criminal court’s dismissal of charges against former Thai leaders for their role in a violent crackdown on protesters, describing it as a serious setback for accountability efforts in the country.

"Letting Thailand’s leaders during the 2010 violence off the hook merely because of their positions is an affront to basic justice and international law," Brad Adams, Asia director at Human Rights Watch, said in a statement Friday.

"No government or military leader should be allowed to escape accountability for killings and other serious abuses simply because of their position or rank."

It did however announce as "more promising" the news that a ruling on excessive force by the security forces could open the door to criminal prosecutions of those involved in the bloody crackdown.

The case refers to then prime minister Abhisit Vejjajiva and deputy prime Minister Suthep Thaugsuban's May 19 order to a reluctant military to crush United Front for Democracy Against Dictatorship -- also known as the "Red Shirts" -- demonstrations organized by supporters of another former prime minister -- Thaksin Shinawatra. The protesters occupied parts of central Bangkok for two months in 2010 in order to call for snap elections to replace the unelected government of Vejjajiva.

Thousands of soldiers backed by armored vehicles moved on mostly unarmed people. Among the 98 people killed was an Italian journalist, Fabio Polenghi.

Several judicial inquests focusing on individual cases ruled that the demonstrators and the journalist had, indeed, been killed by the military, thoroughly irritating leaders of the country's armed forces.

One of the main officers behind the crackdown is the current junta leader and prime minister, General Prayuth Chan-ocha, who was then deputy-army chief.

Technically, the military is protected from judicial action as they were acting under an emergency decree giving them complete impunity.

Because of this, the public prosecutors, prompted by the Department of Special Investigations (the Thai equivalent of the FBI) filed the case against Vejjajiva and Thaugsuban -- both denying all charges.

On Thursday, the criminal court ruled that it had no jurisdiction to try Vejjajiva or Thaugsuban because they were political officeholders at the time.

However, Human Rights Watch highlighted in its statement that International human rights treaties -- to which Thailand is a party -- make clear that official status cannot justify immunity from legal responsibility for serious human rights violations.

The organization concluded in a May 2011 report, "Descent into Chaos: Thailand’s 2010 Red Shirt Protests and the Government Crackdown," that excessive and unnecessary force by the army caused many deaths and injuries during the 2010 confrontations.

It said that the high number of casualties -- including unarmed demonstrators, volunteer medics, reporters, photographers, and bystanders -- resulted in part from the enforcement of "live fire zones" around the United Front for Democracy Against Dictatorship protest sites in Bangkok.

The Committee for the Resolution of Emergency Situation -- of which Thaugsuban was head -- approved the use of live ammunition, sharpshooters, and snipers to contain and disperse the protests, the statement said, but failed to take steps to ensure the army acted according to law enforcement standards.

Human Rights Watch has also pressed for investigations into alleged crimes by "Black Shirt" militants linked to United Front for Democracy Against Dictatorship.

Despite clear photographic and other evidence, the Red Shirt leadership and its supporters, including those holding positions in the Pheu Thai Party, have always denied that the front had armed elements at the time of the 2010 events.