The world is watching, Assange tells Catalans via video link

Speaking on a large screen in front of a University of Barcelona building to a crowd of mainly young people gathered on the pavement and bus lane, he said: "Where Catalonia goes, other states will follow." 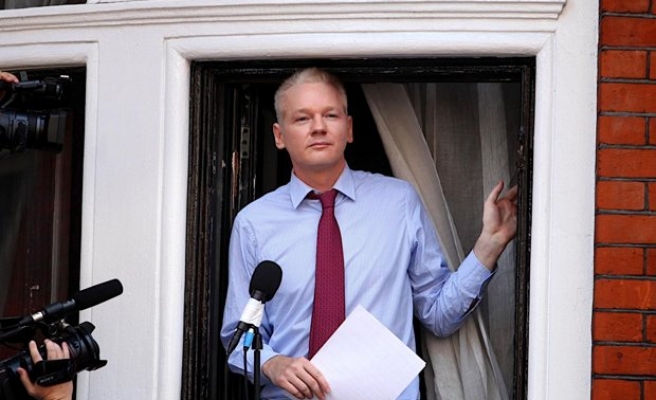 WikiLeaks founder Julian Assange spoke to hundreds of Catalans via video link in Barcelona on Tuesday, telling them other states were watching to see if attempts to stage an independence referendum would succeed.

Assange has embraced the cause of Catalan separatist leaders who want to hold a referendum on October 1 despite a ban by Madrid and the courts that deem the vote unconstitutional.

The central government has implemented a series of measures to stop the vote from taking place in a region deeply divided over independence, but where a strong majority want to vote in a legal referendum to settle the matter.

"The question is what does an attempt to repress a people look like in the modern era," Assange said.

"Is it possible for the state security services to repress a serious democratic movement or is it not possible?

"This will be looked at -- and is being looked at -- by other states throughout the West" and further afield, he said.

Police have seized millions of ballot papers and other items needed for the vote.

Last week, they detained key members of the team organising the vote who were later set free, although six have been put under official investigation for disobedience, malfeasance and misuse of public funds.

These and other measures led to accusations of repression, but Madrid insists every act has been carried out under the order of a judge or prosecutor.

"Have you seen images of repression?", he asked reporters.

"I've seen images of repression in other countries in the world, but here I haven't seen any."

"This is a peaceful democratic process, and it's important that it stays that way."

He has lived in Ecuador's embassy in London for five years to avoid arrest on Swedish rape charges, which he denies.

Swedish prosecutors have dropped their rape probe against him.

But he fears that he will still be arrested if he leaves the embassy, extradited to the United States and put on trial for WikiLeaks publishing leaked secret US military documents and diplomatic cables in 2010.