Thousands join 'Respect for our Prophet' march in Turkey

Thousands of people including Ak Party deputies took to the streets in Erzurum province. 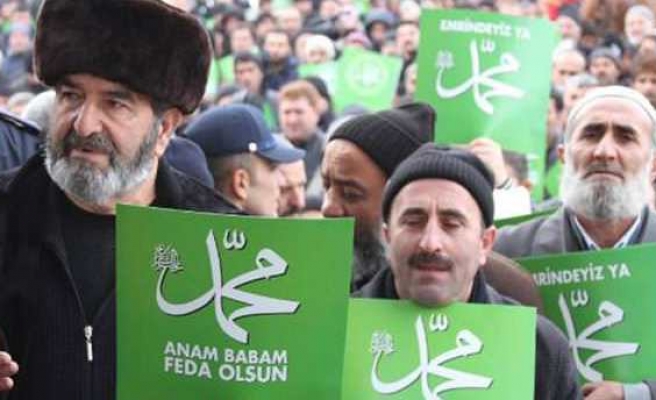 Thousands of people have attended "Respect for our Prophet and Condemning Cruelty" march organized Saturday by a non-governmental platform in the eastern Turkish province of Erzurum.

The participants chanted such slogans as "We can sacrifice our lives on your way Prophet Muhammad."

Mustafa Guvenli, the chairman of the board of Erzurum non-governmental platform which organized the event, said that Israel was the behind of the Charlie Hebdo attack in Paris on Jan. 7 in which 12 people died.

He said the weekly’s subsequent depiction of Prophet Muhammad on its cover -- considered sacrilegious by Muslims -- would not change the platform’s virtuous stance, adding: "Our Prophet is our honor."

AK Party Erzurum deputy Yavilioglu also stressed that the whole world must seek peace together without making any distinction between the East and the West.