The Global Health Security Agenda aims to prevent avoidable epidemics by, for instance, keeping to a minimum the number of labs worldwide that store dangerous microbes and by extending vaccination programs. 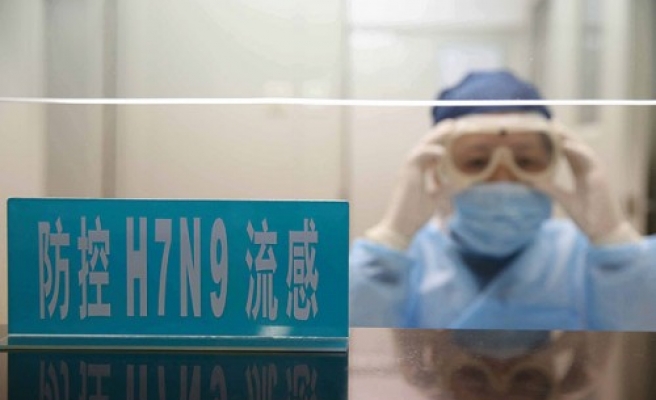 Twenty-seven countries announced on Thursday the launch of an effort to improve the ability to prevent, detect, respond to and contain outbreaks of dangerous infectious diseases.

The Global Health Security Agenda was formed to take on such outbreaks whether they are natural, accidental or intentional, as in the case of a biological weapon.

Meeting in Washington, D.C., the countries include several that have been Ground Zero for recent outbreaks of potentially fatal contagious illnesses such as H7N9 bird flu, which was detected in China a year ago, and Middle East Respiratory Syndrome, which was first reported in Saudi Arabia in 2012.

The initiative is a tacit recognition that the vast majority of countries are poorly prepared to detect, let alone contain, disease outbreaks, and that their failure to institute effective disease-surveillance and -control systems poses a global threat.

"In our interconnected world we are all vulnerable" when countries lack the will or the ability to detect and contain infectious-disease outbreaks, Laura Holgate, senior director for Weapons of Mass Destruction Terrorism and Threat Reduction at the U.S. National Security Council, told reporters ahead of the Thursday meeting.

"Disease threats spread faster than ever before," and "outbreaks anywhere in the world are only a plane ride away" from everyplace else.

The Pentagon, too, is involved, already spending nearly $300 million a year to build laboratories and other health-security infrastructure overseas.

The Global Health Security Agenda aims to prevent avoidable epidemics by, for instance, keeping to a minimum the number of labs worldwide that store dangerous microbes and by extending vaccination programs.

Another goal is to detect threats early, such as by strengthening and linking disease-monitoring systems of individual countries, developing real-time electronic reporting systems, and promoting faster sharing of biological samples, such as throat swabs and blood samples from people with a new form of influenza.

Experts in global health security say there is a long way to go before such goals are achieved, as evidenced by failures to meet targets set by an earlier pact.

Under a legally-binding 2005 agreement overseen by the World Health Organization, for instance, 194 countries vowed to improve their capacity to prevent, detect, report and respond to public health threats of international concern. They included novel diseases, such as new strains of influenza and outbreaks of known threats such as Ebola. In particular, countries are required to focus on outbreaks that may constitute a global health emergency.

The countries had until June 2012 to meet the core requirements, such as strengthening surveillance systems to detect emerging diseases. Eighty-four percent failed to do so, said Rebecca Katz of George Washington University, an expert in global health security. The reasons included lack of scientific capacity to conduct disease surveillance, such as to detect a new bird virus spreading to people, too few trained epidemiologists and the fact that "some things are just plain hard, like being able to detect and contain a disease at points of entry into a country," said Katz.

Touchier issues have also slowed efforts to improve the early-warning network for emerging diseases, such as Indonesia in the last decade invoking "viral sovereignty."

That nation argued it was unfair to expect it to ship flu samples to western labs that could be used by pharmaceutical companies produce a vaccine that would then be sold at prices that most Indonesians could not afford.

It took four years of tense negotiations before Indonesia reached an 2009 agreement to share disease samples.