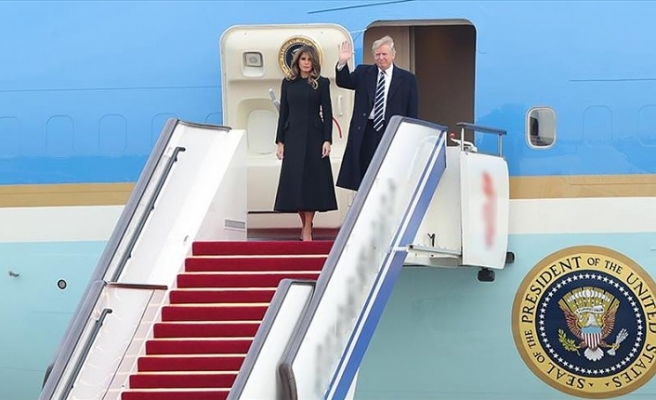 It marked the first time the president has visited a combat zone and comes days after Defense Secretary James Mattis announced his resignation.

"President Trump and the First Lady traveled to Iraq late on Christmas night to visit with our troops and Senior Military leadership to thank them for their service, their success, and their sacrifice and to wish them a Merry Christmas," Sanders said on Twitter.

During his visit to al-Asad airbase, Trump defended his decision to pull all U.S. troops out of Syria, which number around 2,000.

He also said he had fruitful conservations with Turkey's President Recep Tayyip Erdogan, "who wants to knock out ISIS [Daesh]".

“The United States cannot continue to be the policeman of the world,” Trump said.

Trump reportedly spent three and a half hours at al-Asad airbase but did not visit Baghdad. A scheduled meeting with Iraqi Prime Minister Adel Abdul-Mahdi was cancelled, but the two leaders spoke by phone.

In a statement, the office of Iraq’s prime minister said "a disagreement" over the conducting of the meeting led to it being replaced by a phone conversation.

Abdul-Mahdi invited Trump to Baghdad and Trump invited Abdul-Mahdi to the United States, the statement added.

"Melania and I were honored to visit our incredible troops at Al Asad Air Base in Iraq. GOD BLESS THE U.S.A.!" Trump said on Twitter.

.@FLOTUS Melania and I were honored to visit our incredible troops at Al Asad Air Base in Iraq. GOD BLESS THE U.S.A.! pic.twitter.com/rDlhITDvm1

The visit follows Trump’s surprise announcement last week that the U.S. will withdraw its troops from Syria, a decision that came after a phone call with Erdogan in which the two leaders agreed on the need for more effective coordination over the civil war-torn country.

Erdogan has signaled that a cross-border operation against the terrorist PYD/YPG in Syria will happen soon. Since 2016, Ankara has carried out two similar military operations in northern Syria.