'Thanks to Saudi A!,’ Trump tweets for Riyadh’s alleged decision to spend reconstructing Syria 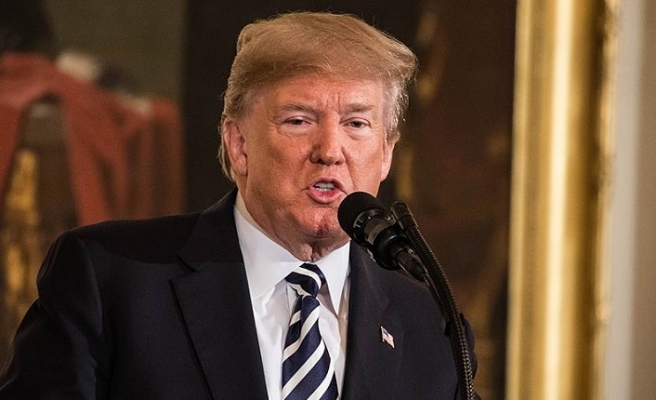 "Saudi Arabia has now agreed to spend the necessary money needed to help rebuild Syria, instead of the United States," Trump tweeted. "See? Isn’t it nice when immensely wealthy countries help rebuild their neighbors rather than a Great Country, the U.S., that is 5000 miles away. Thanks to Saudi A!" Trump wrote.

Trump made the surprise announcement last week the U.S. would withdraw troops from Syria, following a phone call with Turkish President Recep Tayyip Erdogan. The two leaders agreed on the need for more effective coordination over the war-torn country.

Reports suggest U.S. forces will leave within 60 to 100 days.

Trump’s decision to pull out of Syria was followed by resignations from his defense chief James Mattis and special presidential envoy for the global coalition to defeat Daesh, Brett McGurk.

The withdrawal comes on the eve of a possible Turkish military operation in northeastern Syria against the YPG/PKK terrorist group.

Saudi Arabia in August pledged $100 million to reconstruct Raqqah province, which was devastated by the Daesh terror group.