Trump: Troop pull out from Syria 'not that quick'

US president's remarks represent shift from 'rapid withdrawal' to 'no timetable' 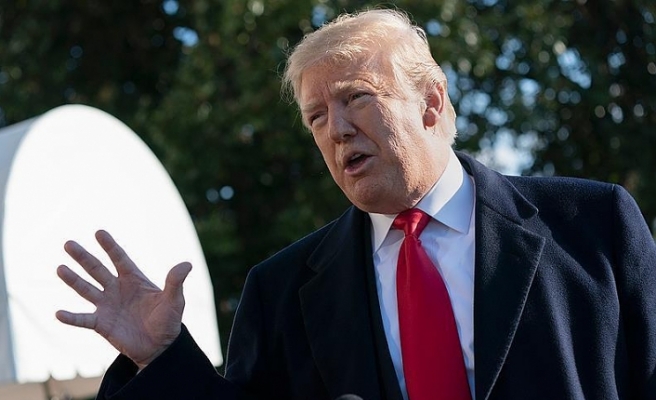 U.S. President Donald Trump said Sunday that the withdrawal of American forces from Syria will not happen "that quickly".

Addressing reporters at the White House, the president said: "We are pulling back in Syria. We are going to be removing our troops. I never said we are doing it that quickly."

"When I was elected president two years ago, ISIS [Daesh] was all over Syria and all over Iraq. We have wiped out ISIS in Iraq," Trump said.

He went on to say: "Iran, Russia hate ISIS more than we do. Turkey hates ISIS maybe not as much as we do. But these are countries that hate ISIS. They can do a little of the fighting in their neighborhood also.

"We are pulling out of Syria but we are doing it and we will not be finally pulled out until ISIS is gone," he added.

Last month Trump made the unexpected decision to withdraw 2,000 U.S. troops from Syria, sparking criticism from many allies and security aides, including his own Cabinet.

After the announcement, Secretary of Defense James Mattis submitted in his resignation letter.

The president went on to refute reports that he had given a four-month timetable for the withdrawal, saying that it would happen over a period of time. He, however, did not offer a clear time frame for when all U.S. troops would be out of the area.

Last week, Trump appeared to back off on his original comments calling for a rapid and speedy pullout from Syria.

"We're slowly sending our troops back home to be with their families, while at the same time fighting ISIS remnants," Trump tweeted last Monday, referring to the Daesh terrorist group.