'Turkey will soon clear all Daesh remnants from Syria' 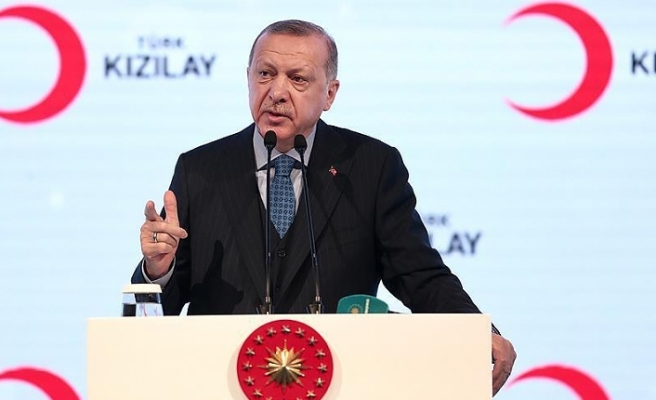 Turkish forces will very soon clear all Daesh remnants from Syria, the terrorists deliberately left there and trained against Turkey, the country’s president said on Monday.

“We will very soon bring peace, security, and stability east of the Euphrates River, just as we did in other regions [in Syria],” said Recep Tayyip Erdogan, referring to a promised counter-terrorist operation across Turkey’s borders, following up on two similar operations since 2016.

“In this regard, we continue to be in contact with powers which have a military presence in the field, particularly the U.S. and Russia,” he told a Turkish Red Crescent (Kizilay) event in Istanbul.

“Positive talks” have been held with both Washington and Russia, he added.

“As we continue our diplomatic efforts, we, at the same time, have completed our preparations for the next step.

“Our goal, in this process, is particularly to strengthen our own national security and guarantee Syria’s territorial integrity,” Erdogan said.

In recent days, Turkish officials said Turkey has completed all preparations for an operation east of the Euphrates in northern Syria, which Ankara said would serve territorial integrity in the war-torn country.

Since 2016, Turkey’s Euphrates Shield and Olive Branch operations in northwestern Syria have liberated the region, including Al-Bab, Afrin and Azaz, of YPG/PKK and Daesh terrorists, making it possible for Syrians who fled violence there to return home.

In its more than 30-year terror campaign against Turkey, the PKK -- recognized as a terrorist group by Turkey, the U.S., and the EU -- has been responsible for the deaths of some 40,000 people, including women and children. The YPG/PYD is the group's Syrian branch.

Erdogan also lamented how the cries of the oppressed continue to arise from various corners of the Islamic world.

"The Islamic world has been unable to carry out an effective and successful struggle to cope with crises taking place in most of its territories,” he said.

The president stated that the root cause of many problems faced in today’s world was not lacking of financial means, but lack of mercy and empathy.

Speaking of Turkey’s aid efforts, he said: “We have not treated those people, who had to leave their countries, as they are plague-stricken people just as so-called human rights defender countries did.”

Without naming, he said many western countries are marginalizing refugees, isolating them from society and viewing them as the root cause of all problems.

According to the UN figures, Turkey has so far allocated $35 billion for all refugees, including four million Syrians, he added.