Cavusoglu says an invitation has been sent to Armenian president for Batte of Gallipoli 100th anniversary. 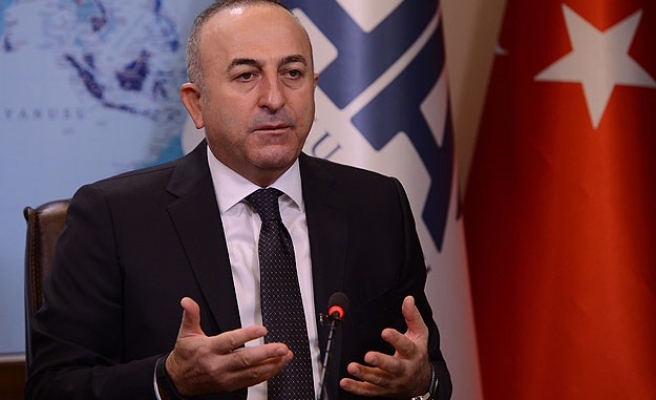 World Bulletin / News Desk
Turkey's Foreign Minister has said Friday that the government was currently looking into Armenia's "genocide" allegations about the 1915 incidents.

Following the ceremony for the launch of the Turkish Foreign Ministry's e-archive project in Ankara, Mevlut Cavusoglu said Turkey had invited heads of state from 102 countries, including Armenia's president Serzh Sargsyan, for the 100th anniversary of the Battle of Gallipoli this coming April.

"There were Armenian soldiers in Ottoman army as well. In 1915, there were uprisings in the Eastern regions of the empire, at the same time there were a struggle against occupation forces," Cavusoglu said.

The year 2015 marks the 100th anniversary of both what Armenia calls a genocide and the battle in the Dardanelles strait in Canakkale province's district of Gallipoli, which marked a turnaround in favor of the Turks during World War I against the Allied Forces.

Relations between Turkey and Armenia have historically been poor, rooted in incidents which took place during World War I. The Armenian diaspora and government describe the 1915 events as “genocide” and have asked for compensation.

Turkey says that although Armenians died during relocations, many Turks also lost their lives in attacks carried out by Armenian gangs in Anatolia.

In April 2014, Recep Tayyip Erdogan – at the time Prime Minister - offered condolences for the Armenian deaths that occurred in 1915 – a first for a Turkish statesman.