Twitter used the wrong flag to represent the United Arab Emirates in tweets about the Cricket World Cup, fans have pointed out. 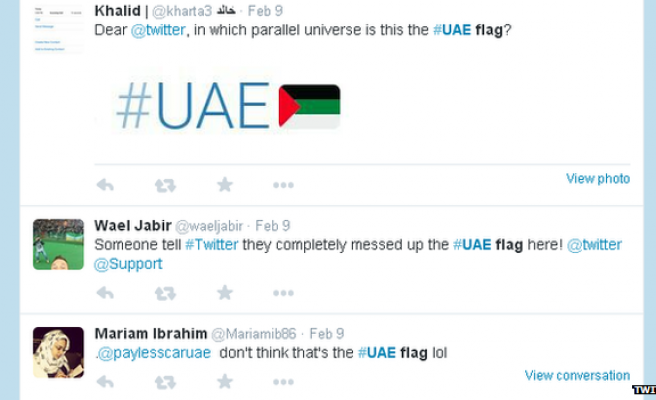 The social media site is using "hashflags" to mark the sporting event, so when a user types #UAE, an image of the country's flag appears within their tweets. Or that was the idea. Instead, users saw a flag bearing the right colours in the wrong configuration, The National website reports. While there should have been green, white and black horizontal stripes, with a red vertical band on the left-hand-side, Twitter put a black strip at the top, and turned the red band into a triangle. Some users have noted that it bears a striking resemblance to the Flag of Arab Revolt, used by Arab nationalists during World War One.

People trying to use the hashflag feature were unimpressed with the gaffe. "I grew up in this country. These things are important to me," says user Bindu Rai. Other users tweeted the company itself, with one suggesting they "sort it out". Twitter responded by suspending the use of hashflags for all participating countries. The feature was first introduced in 2010, and was popular during the Fifa World Cup last year.