Kutesa had received the unanimous support of delegations in the African Group, the U.N. caucus of African nations at the world body 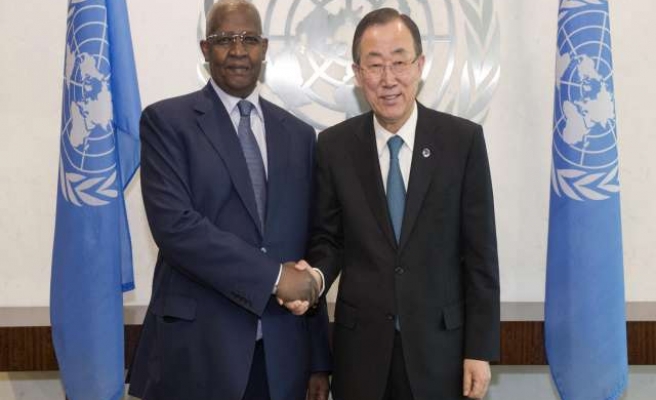 After his election by acclamation without a vote in the 193-nation General Assembly, Kutesa pledged to promote gender equality and women's rights and to continue a United Nations drive to eradicate poverty and combat climate change.

Kutesa had received the unanimous support of delegations in the African Group, the U.N. caucus of African nations at the world body. It was Africa's turn to supply a nominee for the post, a largely ceremonial but high-profile position that involves presiding over meetings of the General Assembly.

John Ashe informed the assembly Wednesday that last the regional group of African states at the UN unanimously had endorsed Kutesa for their candidate.

Ashe said that the next General Assembly president should come from an African group -- one of five regional groups which propose candidates on a rotating principle for a one-year mandate.

Ashe then called for acclamation vote, which went without objection.

The new president-elect said he was "honored, and truly grateful" to all the member states "for unanimously" electing him president of the 69th session.

"This is not only a sign of your collective trust and confidence in me, personally, but also recognition of the contribution made by my country, Uganda," Kutesa said.

Kutesa stressed that the coming year will be "of historic significance" as it will mark the 70th anniversary of the United Nations.

"Today, the world is vastly different from what it was in 1945," he said, pledging for the continuous revitalization of the General Assembly and reform of the Security Council.

Beside the criticism expressed in the last 24 hours and widely expressed in western media, particularly those in United States -- all regional groups congratulated Kutesa on his election.

Kutesa is currently the foreign minister of Uganda and will formally assume the one-year presidency in the third week of September.

Kirsten Gillibrand, a U.S. senator from New York, was strongly against Kutesa election.

On Tuesday, an online petition protesting against his election garnered more than 9,000 signatures.

Editor and journalist Milton Allimadi wrote to both John Kerry, the U.S. secretary of state, and U.S. President Barack Obama, asking them to block the Ugandan foreign minister from becoming the new head of the UN General Assembly.