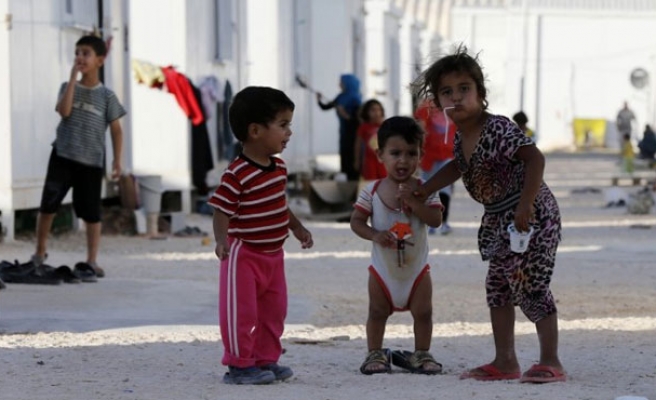 The letter came a year after the UK launched the Syrian Vulnerable Persons Relocation Scheme to provide protection in the country to particularly vulnerable refugees who were at grave risk, which has seen more than 500 Syrian refugees relocated over a three-year period.

But the results of the scheme were criticized in the letter signed by the Refugee Council, Amnesty International, Oxfam and celebrities including actresses Vanessa Redgrave and Emma Thompson, social documentary and film-maker Ken Loach, ex-Monty Python comedian Michael Palin and musician Sting.

The letter stated: "We could not have been more disappointed when we discovered the scale of your ambition for Syria’s refugees: to resettle just 'several hundred people' over a  three-year period.

"We ask you to urgently revisit the scale of the VPR scheme. We can do better. We must do better. Resettling several hundred people just is not good enough for a global leader."

The UK government has previously said its relocation scheme was designed to "focus on need rather than to satisfy a quota" but added that "it will support several hundred people over the next three years".

The letter went on to say the UK "is in a position to offer some of the most vulnerable people in the world safety in Britain. You can offer hope. You can offer a future."

"Things in the Middle East have gone from bad to worse with the rise of the IS and the number of refugees fleeing Syria surpassing three million ... where young girls are sold off as child brides and where torture victims are unable to rebuild their lives, every resettlement place countries like Britain provide is a lifeline," read the letter, published in UK newspapers and media Sunday, using an abbreviation for the militant ISIS, which controls vast territories in both Iraq and Syria.

Since the beginning of the Syrian conflict, the UK has received about 4,000 Syrian asylum seekers.

About 3.2 million Syrian refugees are being currently hosted by Turkey, Lebanon, Jordan, Iraq and Egypt, according to the UN refugee agency.