If we are able to stop Yemeni war, we will be stopping most tragic humanitarian disaster in today's world, says Guterres 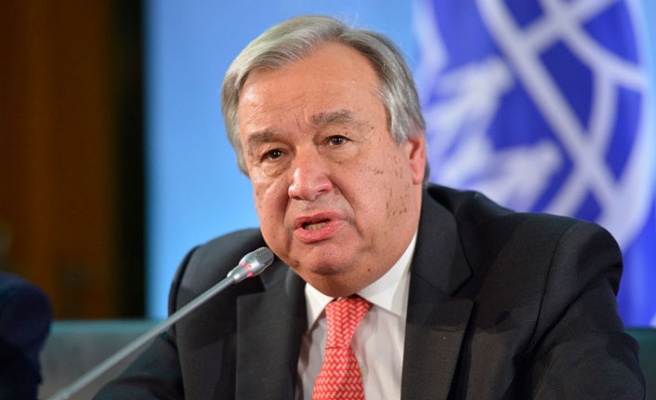 In an address to reporters, Guterres said he will travel to Argentina to attend the summit that will take place Friday and Saturday.

"I think we are close to create the conditions for the possibility for peace talks to start, and that will be an extremely important objective. And, of course, Saudi Arabia is absolutely crucial for that purpose, and I'm ready to discuss it with the Crown Prince or with any other Saudi officials," Guterres said.

The secretary general noted Saudi Arabia is an important part of peace talks to stop the war in Yemen which has been wracked by violence since 2014, when the Houthis overran much of the country, including capital Sanaa.

The conflict escalated in 2015 when Saudi Arabia and its Arab allies launched a devastating air campaign aimed at rolling back Houthi gains.

"I believe it is a very important objective at the present moment. If we are able to stop the Yemeni war, we will be stopping the most tragic humanitarian disaster we are facing in today's world."

Guterres, however, did not answer whether he would raise the issue of conducting a transparent and independent investigation into the murder of Jamal Khashoggi, after reports surfaced the CIA concluded with high confidence that bin Salman ordered the killing.