U.N. declares 2014 a devastating year for millions of children

Globally, UNICEF said some 230 million children were living in countries and regions affected by armed conflict. 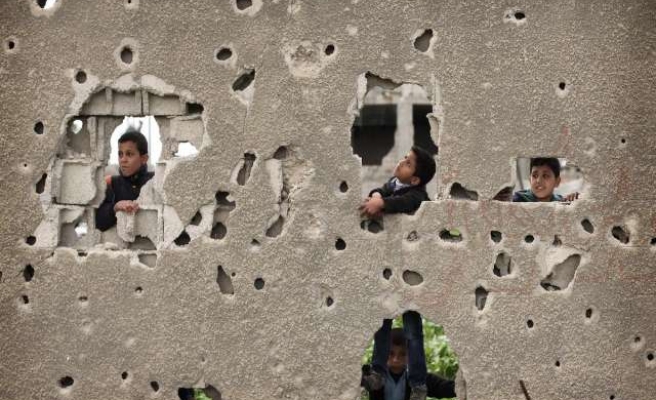 The United Nations children's agency UNICEF declared 2014 a devastating year for children on Monday with as many as 15 million caught in conflicts in Central African Republic, Iraq, South Sudan, Syria, Ukraine and the Palestinian territories.

UNICEF Executive Director Anthony Lake said the high number of crises meant many of them were quickly forgotten or failed to capture global headlines, such as in Afghanistan, Democratic Republic of Congo, Nigeria, Pakistan, Somalia, Sudan and Yemen.

Globally, UNICEF said some 230 million children were living in countries and regions affected by armed conflict.

"Children have been killed while studying in the classroom and while sleeping in their beds; they have been orphaned, kidnapped, tortured, recruited, raped and even sold as slaves," Lake said in a statement. "Never in recent memory have so many children been subjected to such unspeakable brutality."

Significant threats also emerged to children's health and well-being like the deadly outbreak of Ebola in the West African countries Guinea, Liberia and Sierra Leone, which has left thousands orphaned and some 5 million out of school.

"Violence and trauma do more than harm individual children - they undermine the strength of societies," Lake said.

In Central African Republic, where tit-for-tat sectarian violence has displaced one-fifth of the population, some 2.3 million children are affected by the conflict with up to 10,000 believed to have been recruited by armed groups during the past year and more than 430 killed or maimed, UNICEF said.

Some 538 children were killed and 3,370 injured in the Palestinian Gaza Strip during a 50-day Israeli onslaught, it said.

"In both countries, children have been victims of, witnesses to and even perpetrators of increasingly brutal and extreme violence," UNICEF said.