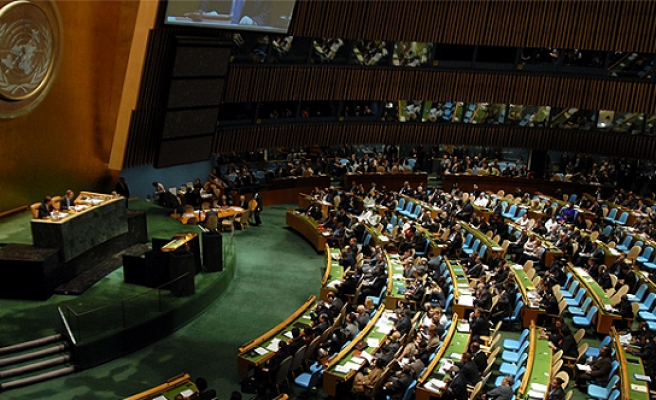 The resolution, drafted by Saudi Arabia, obtained the support of 125 states against 13 others -- including staunch Assad allies such as Russia, China, Iran and North Korea. Another 47 countries abstained from the vote.

The non-binding resolution says grave international humanitarian law violations were committed against civilians since the beginning of peaceful protests in 2011.

These include the use of barrel and vacuum bombs, terror tactics, chemical weapons and heavy artillery against civilians and civilian infrastructure.

The conflict in Syria, which began in March 2011, has claimed more than 190,000 lives, and nearly 11 million people are in need of humanitarian assistance inside the country, according to the UN.

The unrest created by the civil war paved the way for extremist movements, such as ISIL, to gain a foothold in the region.

The resolution also underlined the need for allegations -- contained in a set of documents presented earlier in 2014 -- regarding the torture and execution of persons incarcerated by the Syrian authorities to be made available for future accountability efforts.

The photos were published as a joint exclusive by the Anadolu Agency, CNN and the Guardian.

The resolution will require the approval of the General Assembly in December.