The Arms Trade Treaty aims to set standards for all cross-border transfers of conventional weapons ranging from small firearms to tanks and attack helicopters. 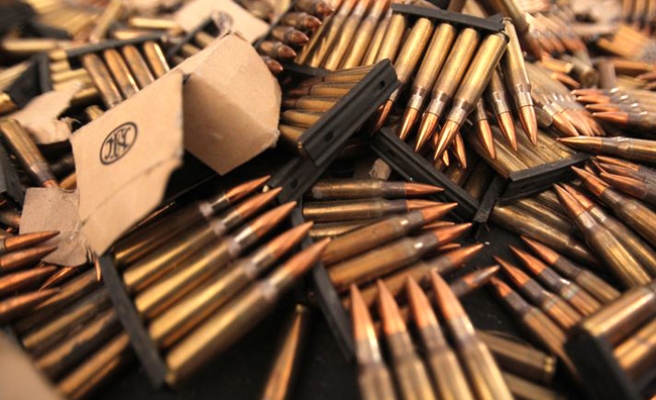 A global Arms Trade Treaty to regulate the $85 billion industry and keep weapons out of the hands of human rights abusers and criminals will come into force on Dec. 24 after the 50th country ratified the agreement on Thursday, the United Nations said.

U.N. disarmament chief Angela Kane told an Arms Trade Treaty event on the sidelines of the U.N. General Assembly that Bosnia and Herzegovina was due to also deposit its ratification later on Thursday.

"Ammunition depots are poorly guarded. State-owned weapons go missing. Civilian airplanes end up in the crosshairs," she said. "Just as with other commodities, the trade in arms should comply with vigorous, internationally agreed standards. All actors involved in the arms trade must be held accountable."

The Arms Trade Treaty aims to set standards for all cross-border transfers of conventional weapons ranging from small firearms to tanks and attack helicopters. It would create binding requirements for states to review cross-border contracts to ensure that weapons will not be used in human rights abuses, terrorism, violations of humanitarian law or organized crime.

The United States, the world's top arms exporter, signed the Arms Trade Treaty in September but has not yet ratified it. The National Rifle Association, a powerful U.S. gun lobby, is opposed to ratification of the treaty, even though it only covers weapons exports, not domestic gun sales.