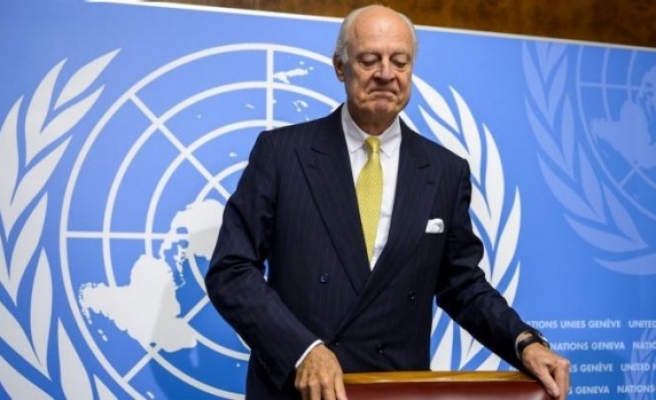 The United Nations said on Friday it still expects Syria peace talks in Geneva to begin in the afternoon, despite ongoing uncertainty over which opposition groups would attend.

Ahmad Fawzi also noted that there is no exact information regarding the place, time and list of participants for the talks.

"I would expect them (the talks) in the afternoon," UN spokesman Ahmad Fawzi said. "I can't tell you who, where and when (they will take place)."

The opposition delegations which met in Riyadh on Thursday decided not to attend the talks in Geneva until an agreement is reached to end air strikes and on aid entering besieged towns, the Syrian opposition, High Negotiations Committee (HNC) said.

The fresh round of Syria peace talks, bidding to reverse the fate of previous attempts, are due to start Friday with low-key representatives. The absence of key opposition members threatens to bring the diplomatic initiative to a halt, in spite of an earlier pledge by the UN to not let the Syrian people down this time.

More than 500 journalists have accreditations for the talks. Delegations have yet to arrive in the UN building in Geneva.

The Syrian regime designated its UN envoy Bashar al-Jaafari as its chief negotiator for the talks. UN’s Syria special envoy Staffan de Mistura is expected to meet with al-Jaafari in the first day of the talks.

The first round of the six-month peace talks is expected to continue two to three weeks.

Turkish Foreign Ministry's director general for the Middle East, Can Dizdar will be in Geneva to follow the negotiations closely.

Spokesperson Fawzi said Thursday that there was no postponement of the talks and it was going to start on Friday in Geneva as planned.

Fawzi told Anadolu Agency that the peace talks will go ahead despite uncertainty about who will participate.

In a video message to the Syrian people before the talks, de Mistura said, "You know in the next few days we are planning to launch what we call the Intra-Syrian talks."

"You have seen enough conferences, two of them already taken place. This one cannot fail," de Mistura said.

"We are going not to disappoint you from the UN point of view. You know we will never abandon the Syrian people, but we need now you to feel that this time is the right one, we will do all what we can," the UN envoy said.

It is still unclear which groups will attend as de Mistura has not revealed who received an invite on Tuesday.

The envoy said a comprehensive list of “terrorists” operating in Syria, who would therefore be excluded from the talks, was still being worked on.

The conference would focus on setting up an interim government, forming a constitution and staging elections and the priorities would be establishing a cease-fire, supplying humanitarian aid and tackling ISIL, de Mistura said.

The conflict has been raging since early 2011 and has led to the deaths of more than 250,000 people and driven more than 10 million from their homes, according to the UN.