Members of the Executive Committee of the UN High Commissioner for Refugees (UNHCR) on Tuesday called for massive support to enable Iraq, Jordan, Lebanon, Turkey, and Egypt to continue hosting Syrian refugees 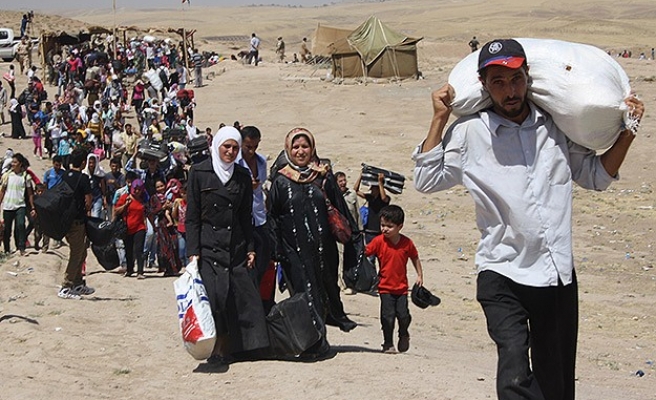 Participants at a United Nations meeting in Geneva on Tuesday agreed on urgent action to mitigate the economic and social impacts of the humanitarian crisis spawned by the Syrian conflict on neighboring countries struggling under the weight of more than two million Syrian refugees.

In a joint statement, members of the Executive Committee of the UN High Commissioner for Refugees (UNHCR) called for massive support to enable Iraq, Jordan, Lebanon, Turkey, and Egypt to continue hosting Syrian refugees.

"This includes direct aid to governments; financial and in-kind help to refugee populations and the communities hosting them; assistance for economies, societies, services, infrastructure, environment and security; enhanced resettlement, humanitarian admissions and family reunification possibilities for Syrian refugees in third countries; and development initiatives and projects to help host communities to ease the economic and social costs of hosting refugees," the statement said.

The statement said High Commissioner António Guterres had welcomed pledges by a number of countries for resettlement or humanitarian admission of over 10,000 highly vulnerable Syrian refugees. He also called on all countries, particularly in Europe and in the extended Middle East, to allow access to asylum and to introduce more generous resettlement schemes.

Along with sending over two million people fleeing to neighboring countries, the conflict in Syria, which began in March 2011, has led to more than 100,000 deaths and displaced 4.2 million people inside the country.

Muhannad Hadi, the World Food Program’s (WFP) Emergency Regional Coordinator for Syria, told reporters in Geneva that the agency is concerned with the ever-increasing number of displaced people and the fact that all sectors of the economy are collapsing.

People who may have had income cannot purchase food due to high inflation, he noted. Syria had also experienced the worst harvest in years. Of particular concern are Syrian women who cannot be not be reached by the WFP delivery convoys, and who are unable to feed their children.

Despite all of the increasing challenges, the WFP is expanding its operations and is hoping to reach three million people in October, and as many as four million in November, said Hadi.