The call from Human Rights Watch came as the UN General Assembly prepared to convene in New York, with the crisis in Myanmar one of the most pressing topics. 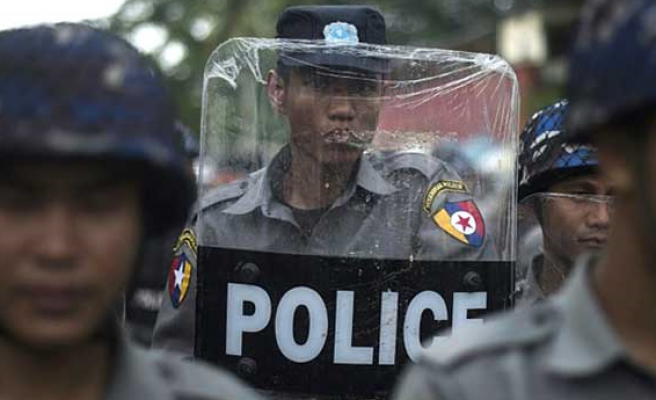 Pressure grew on Myanmar Monday as a rights group urged world leaders to impose sanctions on its military, which is accused of driving out more than 410,000 Rohingya Muslims in an orchestrated "ethnic cleansing" campaign.

It also came on the eve of a highly-anticipated national address by Myanmar's civilian leader Aung San Suu Kyi -- her first on the Rakhine crisis.

The exodus of Rohingya refugees from mainly Buddhist Myanmar to neighbouring Bangladesh has sparked a humanitarian emergency. Aid groups are struggling to provide relief to a daily stream of new arrivals, more than half of whom are children.

Myanmar has suggested it will not take back all who had fled across the border, accusing those refugees of having links to the Rohingya militants whose raids on police posts in August triggered the army backlash.

Any clear moves to block the refugees' return will likely anger Bangladesh Prime Minister Sheik Hasina, who will press the General Assembly to raise global pressure Myanmar to take back all the Rohingya massing in shanty towns and camps near the border.

Human Rights Watch also called for the "safe and voluntary return" of the displaced as it urge governments around the globe to punish Myanmar's army with sanctions for the "ongoing atrocities" against the Rohingya.

"The United Nations Security Council and concerned countries should impose targeted sanctions and an arms embargo on the Burmese military to end its ethnic cleansing campaign against Rohingya Muslims," the group said in a statement.

Myanmar's military was hit with Western sanctions during its 50-year rule of the country. But most have been lifted in recent years as the generals have allowed a partial transition to democracy.