More than 300 people died trying to cross the sea from Africa to Italy this week. 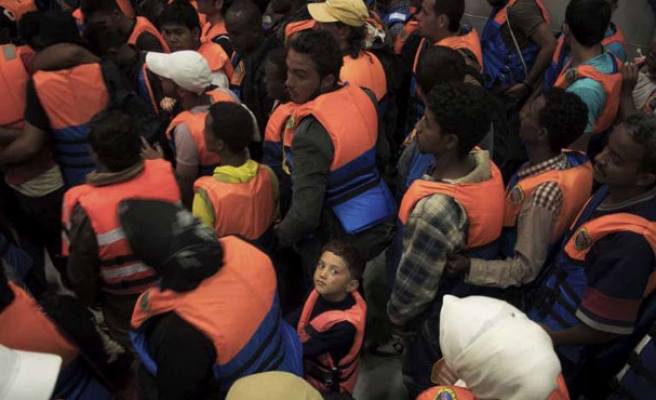 U.N. High Commissioner for Refugees Antonio Guterres was speaking after more than 300 people died trying to cross the sea from Africa to Italy this week, adding pressure on Europe to expand a border operation that lacks a clear mandate to save lives.

"There can be no doubt left after this week's events that Europe's Operation Triton is a woefully inadequate replacement for Italy's Mare Nostrum," Guterres said in a statement.

The Italian operation was abandoned after criticism that its aggressive search-and-rescue patrols encouraged migrants. Triton is more focused on protecting borders.

"The focus has to be about saving lives. We need a robust search-and-rescue operation in the Central Mediterranean, not only a border patrol," he said.

Migrants and asylum-seekers from Syria and sub-Saharan Africa have been crossing the Mediterranean, often departing from Libya, aboard rubber dinghies in severe winter conditions, marking a deadly early start to the migration season, aid agencies say.

If Europe does not implement a wider operation "it is inevitable that many more people will die trying to reach safety in Europe," Guterres said.