Whales are sought for their meat and blubber in several countries by commercial hunters, with Japan as the latest addition 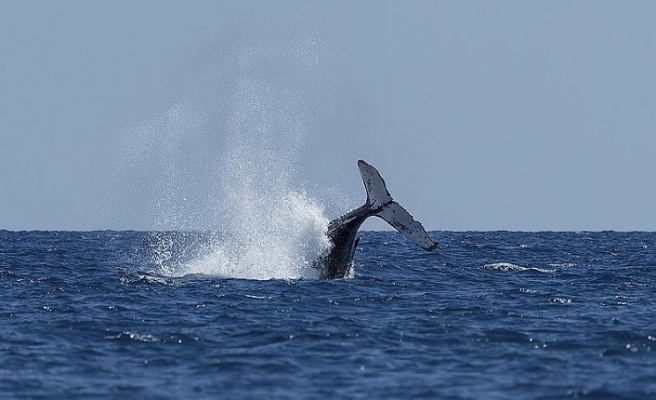 Japan is drawing criticism worldwide for withdrawing from an international authority on whaling as well as for its decision to restart commercial hunting of whales.

Tokyo announced Wednesday it will quit the International Whaling Commission (IWC) next year, and resume commercial hunting in its territorial waters and exclusive economic zone starting in July.

The governments of Australia and New Zealand were the first to decry the decision, urging Japan to remain in the pact.

New Zealand's Foreign Minister Winston Peters also denounced the move, saying: "Whaling is an outdated and unnecessary practice. We continue to hope Japan eventually reconsiders its position and will cease all whaling in order to advance the protection of the ocean’s ecosystems.”

Greenpeace condemned the Japanese government’s "sneaky withdrawal" from the IWC, and added:

"The declaration today is out of step with the international community, let alone the protection needed to safeguard the future of our oceans and these majestic creatures.

"The government of Japan must urgently act to conserve marine ecosystems, rather than resume commercial whaling," the group stressed.

SeaLegacy, a non-profit organization which aims to raise awareness of ocean conservation, said in a tweet: "This is madness - a barbaric move that could set species recovery back decades. It’s time for all of us to speak up and stop #cetacean hunting for good."

While it is world's largest major whaling economy, Japan is by no means alone in the whaling business.

Operating for the most part around their own coasts and in the Arctic and Antarctic circles, these countries argue that whaling is an integral part of their culture and at times criticize the IWC for not representing these sensitivities.

An IWC member state since 1951, Japan has consistently been an ardent proponent of commercial whaling.

Following a global moratorium sponsored by the U.S. in the IWC in 1986, Japan discontinued its commercial whaling activities, instead conducting “scientific whale research” in the Antarctic Circle.

Japan thus allowed the continued capture of the marine mammals, landing them on the shelves of Japanese markets.

In 2017, Japan caught over 300 whales in the Antarctic alone. Japanese whalers hunt roughly double that amount yearly in the northwest Pacific Ocean and along its own coasts, according to media reports.

At the latest IWC meeting in Brazil this September, Tokyo upheld its longstanding criticism of the international body on the grounds that it is “unable to make any substantial decisions on its core functions,” namely that it focuses disproportionately on whale conservation and not “ensuring the sustainable use of whales” through commercial catch quotas.

Founding IWC members Norway and Iceland have continued their whaling practices as part of the body, breaking with the 1986 moratorium.

They both rejected an attempt earlier this year to pass a declaration that would continue the moratorium, blasting it as “intended to be divisive.”

This year Norway caught at least 434 whales, and Iceland caught 81, according to the Environmental Investigation Agency, a British-based NGO.

Last May, Norway drew international criticism by raising its commercial whaling quotas to over 1,200 -- up nearly 30 percent -- though it has consistently fallen short of this limit by substantial margins.

Both Iceland and Norway supported a Japanese proposal to reform the IWC, calling for the establishment of internationally recognized whaling quotas and greater emphasis on the IWC as a regulation rather than conservation body. The quotas instituted by both these countries are controversial and, some say, against international law.

IWC-sanctioned whale hunting is allowed in other countries, including the U.S., Russia, and Greenland, as a source of food for aboriginal peoples who have traditionally lived on the large mammals.

Activists also promote “whale watching” as a new market which both generates income for the host country and protects whale populations.

The IWC was formed in 1946 under the International Convention for the Regulation of Whaling (ICRW), signed in Washington D.C. for the stated purpose of ensuring the “proper and effective conservation and development” of whale stocks across the globe.