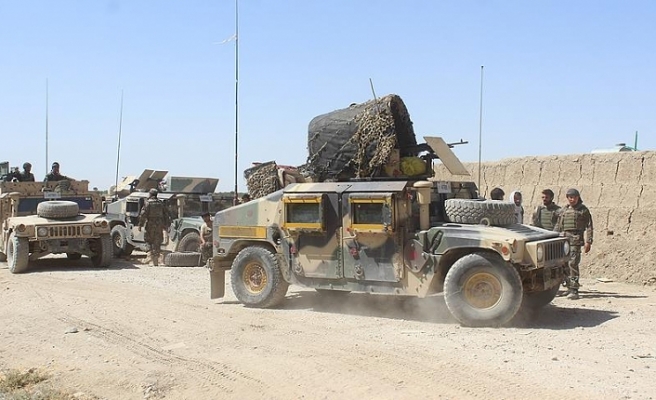 In a statement, Taliban spokesman Zabihullah Mujahid said the raid was carried out in the Panj Buz area of Jwand district in the province of Badges.

"The joint forces killed our two guards deployed in prison security and took away 40 Daesh detainees from there, which [makes it] seem that the American and the Kabul administration carried out the raid to rescue Daesh prisoners," Mujahid said.

He added that Daesh was being uprooted by the Afghan Taliban in northern Afghanistan's Darzab district of northern Jowzjan province and were on the brink of complete annihilation when the U.S. and Afghan forces jointly rescued over 200 Daesh militants last year.

The pro-Daesh militants have their hideouts in Afghanistan's eastern Nangarhar and Kunar provinces bordering Pakistan, however, Daesh also have bases in several districts of northern Afghanistan bordering Central Asian republics.

Heavy clashes are often reported between the Taliban and Daesh in the eastern and western parts of the country.

In 2017, former Afghan President Hamid Karzai had also accused the U.S. for working with Daesh and allowing the group to flourish in Afghanistan.