US forces to leave Syria by end of April: WSJ

Large portion of forces to leave by mid-March, rest to withdraw by end of April, Wall Street Journal reports 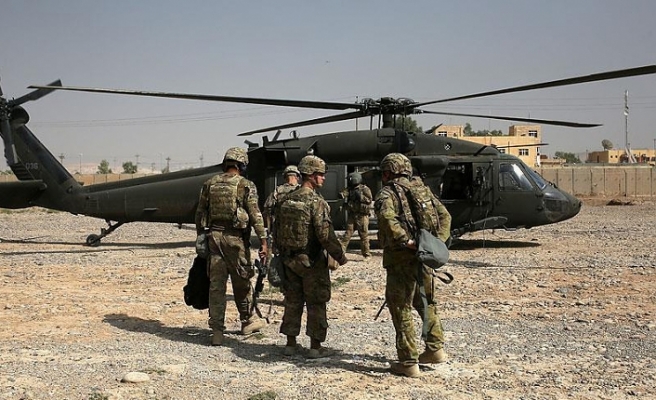 The U.S. military is planning to withdraw all American troops from Syria by the end of April, The Wall Street Journal reported Thursday.

Former and current U.S. officials told the newspaper that with U.S.-backed fighters poised to seize the final Syrian sanctuaries held by Daesh in the coming days, Washington will look to the withdrawal of troops in the coming weeks.

The military has planned for a large portion of its forces to be pulled out from the region by mid-March and then the rest by the end of April, the Journal added.

President Donald Trump made the unexpected decision in December to withdraw all 2,000 U.S. troops from Syria, drawing criticism from many allies and security aides, including his own Cabinet.

Turkish President Recep Tayyip Erdogan has since said Turkey is ready to assume a counterterrorism role in the war-ravaged country after the withdrawal.

The U.S. and Turkey have been working on a plan, the Manbij deal, which focuses on the withdrawal of YPG/PKK terrorists from the city to stabilize the region, which is located in the northern part of Syria’s Aleppo province.

Turkey has also vowed to carry out a counterterrorism operation in Syria, east of the Euphrates, following two similar successful operations since 2016.

However, Washington and Ankara have so far made little progress, current and former U.S. officials told the Journal, and therefore the U.S. military withdrawal is proceeding faster than the political track.

"The bottom line is: Decisions have to be made,” one U.S. official told the Journal. "At some point, we make political progress, or they’re going to have to tell the military to slow down, or we’re going to proceed without a political process."