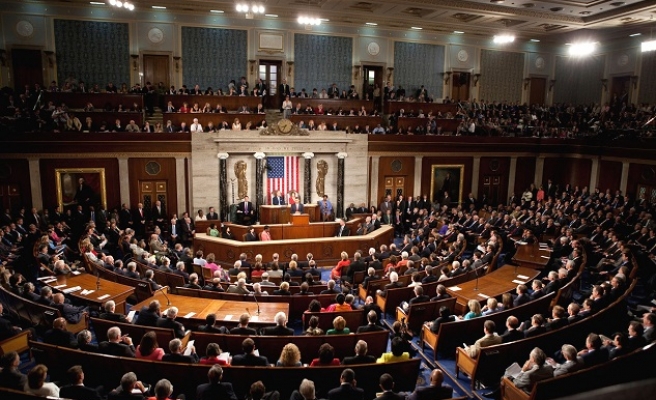 U.S. senators have questioned Thursday the sale of F-16 fighter jets to Pakistan, which they called an "uncertain ally" of the United States, but in the end they upheld the deal.

The Senate voted 71-24 against a resolution that would have blocked the $700 million deal with Lockhead Martin Corp.

Senator Rand Paul, the resolution's sponsor and a former GOP presidential candidate, got a sympathetic response in dubbing Pakistan a "frenemy" of the United States, however, coaxing Republican leaders to agree to bar U.S. financing for the deal.

"Though the government of Pakistan has been considered America's ally in the fight on terrorism, Pakistan's behavior would suggest otherwise," Paul said.

"While we give them billions of dollars in aid, we are simultaneously aware of their intelligence and military apparatus assisting the Afghan Taliban."

The United States has been striving to get Pakistan to use its influence to bring the Taliban to the negotiating table in peace talks with the Afghan government.

While providing a locale for the talks in Islamabad, Pakistan has not succeeded in influencing the Taliban to join them, to the frustration of Washington and Kabul.

Moreover, Washington has openly accused Pakistan's intelligence agency, the Inter Services Intelligence (ISI), of supporting the Haqqani network, a Taliban faction that is a U.S.-declared terrorist group. The ISI has denied the allegations.

That Senator Paul's resolution to block the jet sale secured support from nearly a quarter of the Senate shows how fractured the relationship between the two countries has become.

India has also vigorously protested the sale of such sophisticated warplanes to its nuclear-armed rival.

Senate Foreign Relations Committee Chairman Bob Corker urged his colleagues to allow the sale to proceed, however, even though Pakistan has been what he called "duplicitous" with the United States.

Corker said rejecting the sale would have publicly embarrassed Islamabad and led Pakistan to buy fighters from Russia or France.

The sale also gives the U.S. leverage with Islamabad, Corker said, as the deal provides the F-16s with 30 years of maintenance, which Corker said could be withdrawn at any time. That would leave Pakistan without the parts and expertise to keep the high-tech aircraft in the air.

But Corker and other supporters of the deal agreed to bar U.S. financing to help Pakistan pay for the fighters.

"Prohibiting a taxpayer subsidy sends a much-needed message to Pakistan that it needs to change its behavior," Corker said. "But preventing the purchase of U.S. aircraft would do more harm than good by paving the way for countries like Russia and China to sell to Pakistan while also inhibiting greater cooperation on counterterrorism."