Christian foreign fighters from United States, Britain and Canada, all of whom have military or contracting experience, unit to fight ISIS. 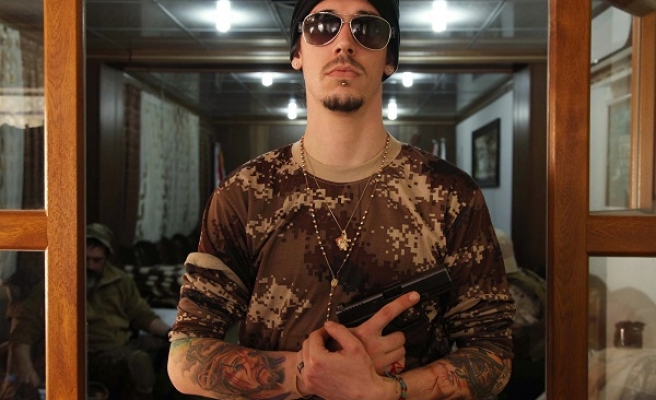 There has been ample talk in the mainstream media about the hundreds, if not thousands, of young Muslims being radicalized and traveling to Syria and Iraq to fight for the ISIS.

Receiving much less coverage in the press, but at least equally as important, is that there are also hundreds of foreign fighters heading to the region to fight against ISIS. More and more Western foreigners are joining a new Christian militia called Dwekh Nawsha.

The militia they joined is called Dwekh Nawsha - meaning self-sacrifice in the ancient Aramaic language spoken by Christ and still used by Assyrian Christians, who consider themselves the indigenous people of Iraq.

A map on the wall in the office of the Assyrian political party affiliated with Dwekh Nawsha marks the Christian towns in northern Iraq, fanning out around the city of Mosul.

One of its member, also acting as a recruiter, Brett says he wants to establish a "foreign fighters' battalion".

In his first week in charge, he brought in five volunteers from the United States, Britain and Canada, all of whom he says have military or contracting experience.

The foreign contingent is tiny now but interest is growing and Brett says he has 20 more volunteers already lined up to join.

Dwekh Nawsha even has a female foreign recruit, who expressed a desire to contain the global threat of radical Islam. She said she had been inspired by the role of women in the YPG, but identified more closely with the "traditional" values of the Christian militia.

The UK Daily Mail reported on the Dwekh Nawsha unit Khamis is stationed with last November, after Kurdish fighters pushed ISIS forces out of the area. The Kurds helped the militia unit get up and running to protect Baqofa

Khamis asserted that his militia unit received little help from either the Kurdish peshmerga or the central government of Iraq, appealing to Australia and the rest of the international community for help with funding, supplies, and munitions. He mentioned that he and his Western comrades in Dwekh Nawsha were aware they could be breaking a number of laws in their mother countries, and while they professed love for their homelands, they thought the urgent business of fighting ISIS demanded their presence in Iraq. ABC News reports that Assyrian community leaders in Iraq have asked the Australian government not to assess legal penalties against Australians who join the anti-ISIS militia.

Apparently, such militants are getting military help from people in the West who don’t feel the Iraqi government and Western powers are doing enough. Some Europeans have been talking about an“armed pilgrimage” to Iraq, saying what is needed is a fifth Crusade or a new Lepanto, recalling the historic battle of Oct. 7, 1571, when the Holy League defeated the Muslim fleets of the Ottoman Empire.