The money will be used in rebuilding damaged roads, bridges, schools and houses that were washed away by the floods. 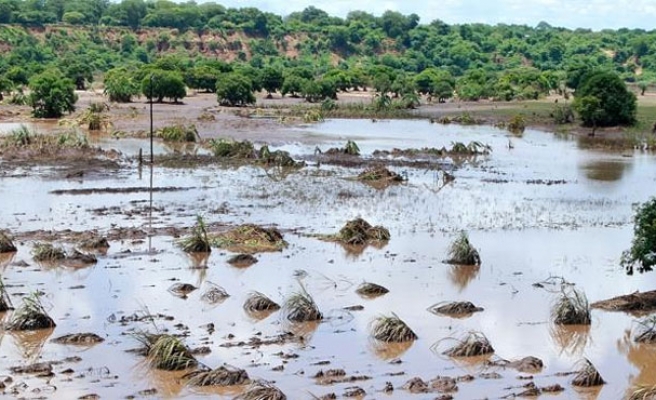 "I am pleased to inform Malawians that the bank is going to assist us with some $50 million that will be channeled to rehabilitate places affected by floods," Finance Minister Goodall Gondwe told reporters.

Gondwe said the money will be used in rebuilding damaged roads, bridges, schools and houses that were washed away by the floods.

The announcement follows a visit by a World Bank mission to Malawi to assess the damage caused by the floods, which killed 176 people and displaced 200,000 others.

"I informed the team on the commitments we have made as government to deal with our situation and heal our nation," Mutharika wrote on his Facebook page.

"I talked about the various reforms we are undertaking such as the Public Service Reform Program as well as the reforms we are championing to tighten our Financial Management Systems to ensure that the unfortunate incident of Cashgate never happen again," he said.

Mutharika said the country needs support from the bank and other multilateral and bilateral donors for its recurrent budget in the short term to achieve development goals set this year.

"I am glad to report that the response I got from the discussions is promising. I trust that the team's visit and talks held with a wide range of officials in both public and private sector will help the delegation to put our case in the appropriate context, and to be fully informed about our strengths, opportunities and challenges to be able to speak for us when they return," said Mutharika.

World Bank and IMF are yet to unlock budgetary support to Malawi following the Cashgate scandal where over $100 million was stolen from the public purse.

But Alinter Smith, who leads the bank's delegation, told journalists that the bank decided to help because of the diverse impact of the flooding.

"We are very much concerned with the loss of lives and properties hence the coming in to the support," he said.

"As a bank we say sorry for tragic loss and we promise to support in every area that we can," Smith said.

The flooding disaster this year was the worst in recent memory, forcing the Malawi authorities to declare five districts "disaster zones" amid appeals for $81 million in disaster relief aid.

Millions of Malawians who are heavily dependent on agriculture now faces starvation after thousands of hectares of agriculture crops and farm animals were washed away.

It is estimated that around 116,000 farmers and some 35,000 hectares of cropland in Malawi is affected by the floods.

Mutharika last month estimated that the floods caused $46 million worth of damage.