Francis was lead signatory of a declaration that called human trafficking, forced labour and prostitution and organ trafficking "a crime against humanity". 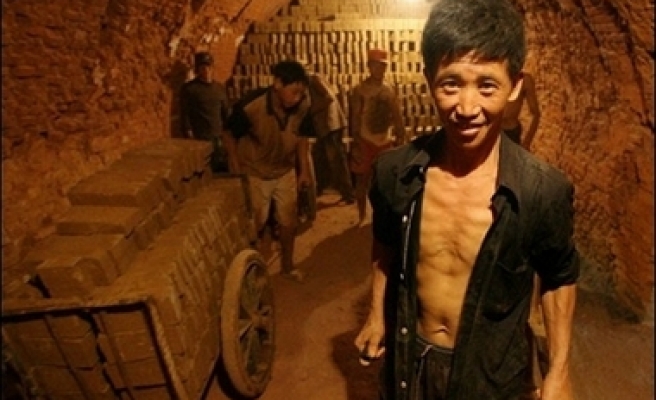 Pope Francis and Muslim, Jewish, Hindu, Buddhist and Christian leaders pledged on Tuesday to use their religions to help stamp out modern slavery and human trafficking by 2020.

Francis was lead signatory of a declaration also signed by among others the head of the Anglican Communion, two rabbis, a Hindu from India, a Vietnamese Buddhist, an Egyptian imam and an Iraqi Ayatollah. It called human trafficking, forced labour and prostitution and organ trafficking "a crime against humanity".

"The physical, economic, sexual and psychological exploitation of men and women, boys and girls, is chaining tens of millions of persons to inhumanity and humiliation," the pope said, before signing the pledge to do "all in our power, within our faith communities and beyond" to end modern slavery.

Patriarch Bartholomew, spiritual head of the world's 300 million Orthodox Christians, addressed the group via a video link-up from his base in Istanbul.

The event was organised by the Global Freedom Network, a multi-faith anti-slavery group.

Organisers said religious leaders could inspire their faithful to combat slavery and human trafficking through education, funding, demanding legal reform and enforcement and promoting ethical purchasing to avoid buying goods that could be the product of forced labour.